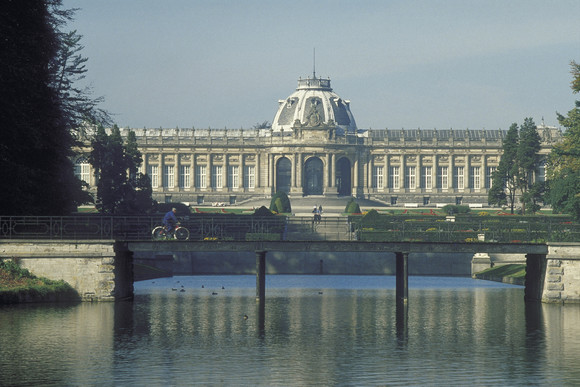 You are invited to meet with an incoming trade delegation from Belgium’s audio-visual industry who are coming to Vancouver from October 26th and 27th to build partnerships and explore business opportunities with BC companies in film, television, animation, visual effects, post-production and transmedia.   This delegation is part of a larger Belgian Economic Mission which is being led by HRH Princess Astrid and includes the active support of the Governments of Canada and British Columbia.

This seminar will introduce you to the Belgian film and television industry, highlight the advantages to their tax shelter programs and profile the more than 25 companies participating in the Belgian audio-visual trade delegation.  There will also be B2B meetings and a networking reception to be attended by HRH Princess Astrid.

The Belgian audio-visual delegation is interested in meeting with BC companies to explore possible co-production opportunities.  This delegation includes companies with expertise in film and television productions and co-productions (e.g. features, shorts, commercials, documentaries, TV and web series and children); animation including 2D and and 3D; equipment rental and studios; sound and image production; music agencies for soundtracks composers;  visual effects and motion graphics; transmedia and new media and networked visualization products.

Companies include Living Stone, co-producers of the acclaimed BBC-HBO Series Parade’s End, Umedia Group, producer of more than 240 films including Grace of Monaco and Jon Wick, Scoring Flanders who performed music for the Artist and the Aviator, and Flanders Audio-Visual Fund/Screen Flanders. For a list of participating companies, click here.

About Belgium: The Gateway to Europe
Located at the heart of Western Europe, Belgium is one of the six founding States of the European Union. This position as the ‘crossroads of Europe’ undoubtedly comprises one of the essential keys for characterizing its economy. The Belgian economy is among the most open, export-oriented economies in the world and relies heavily on unrestricted, free and mutual beneficial trade.  Its small size and limited internal market are the main factors behind the strong export culture in Belgium. Moreover, due to its well-developed infrastructure, good living standards, central location and highly-skilled workforce, Belgium is also praised by foreign investors.