Stars align in Enderby for premiere of locally filmed Blackway 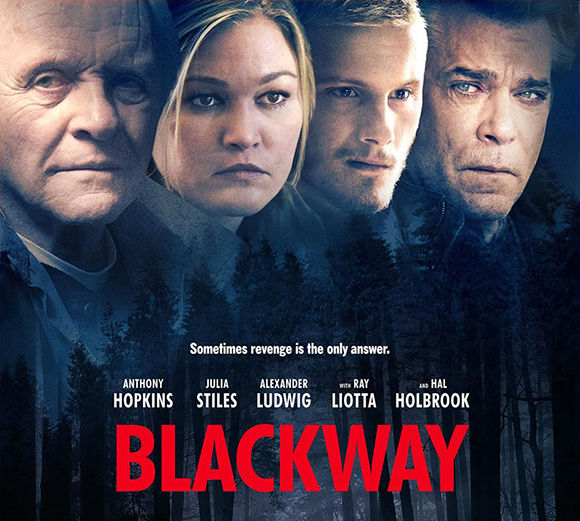 Blackway is a psychological thriller starring Anthony Hopkins, Julia Stiles and Ray Liotta. Blackway was filmed for three months in over 18 communities around the Okanagan.

With a total production expenditure of $5 million, this spending has directly benefited 60 to 70 local businesses, including restaurants and hotels. The film provided jobs for 150 British Columbians – 100 of whom were local to the area.

Over the last five years, British Columbia has become one of the top centres for screen-production excellence in North America. The province is quickly gaining a global reputation in production, post-production, visual effects, animation and interactive games, as well as original content by British Columbia-based production companies.

British Columbia’s film and television industry was recently featured in the BC Jobs Plan as a sector to watch, showing great potential for growth that will help to further diversify the provincial economy. Since September 2011, the BC Jobs Plan has built on the strengths of the province’s most-competitive sectors, in order to keep the economy diverse, strong and growing.

The film and television industry in B.C. offers a range of available jobs, from creative to skilled trades and technical, and almost everything in between. B.C.’s talented workforce is crucial to the overall success of the sector. Approximately 25,000 people work in the province’s film and television industry – in well-paying, family-supporting jobs that help to bolster B.C.’s strong economy, while contributing to healthy and vibrant communities.

“I would like to thank Enderby Entertainment, and the fantastic local talent that contributed to making the filming of Blackway a success. Your hard work is a testament to the fact that our province is quickly gaining a global reputation for excellence in film and television production. Government remains committed to ensuring British Columbia is a competitive and attractive place to do business, and wishes the cast and crew all the best.”

Greg Kyllo, Parliamentary Secretary for the BC Jobs Plan, MLA for Shuswap –

“As the Parliamentary Secretary for the BC Jobs Plan and the MLA for Shuswap, I am thrilled to see more film productions moving to smaller communities like ours, bringing economic stimulation and job creation. I would like to thank Rick Dugdale of Enderby Entertainment for continuing to advocate on behalf of our region, and look forward to seeing the beautiful interior of B.C. on the silver screen.”

“With a strong economy, its proximity to Los Angeles and talented workforce, British Columbia is a solid choice for filming. As we continue to grow, I look forward to continuing to support the film and television sector here in B.C., by securing more filming – and work for locals – in the beautiful Okanagan.”

This article was originally posted on the Province of BC website.