Congratulations to Martini Studios in Langley! 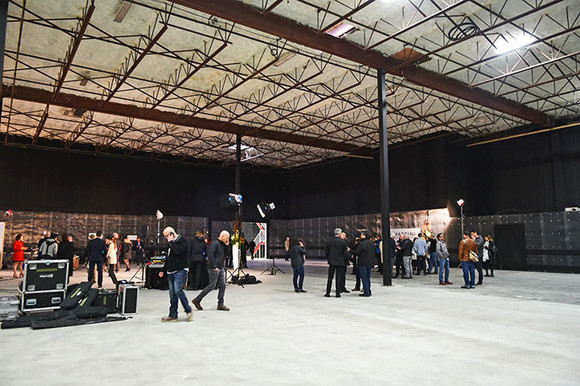 We are thrilled to have attended the announcement of Martini Film Studios’ official opening, which is set for May 1st, 2017 at 19714 96 Avenue in North Langley. This new facility will directly create an estimated 625 full and part time jobs to BC's local economy.

Once occupied by Starline Windows, the 150,000 square foot studio will have eight stages capable of accommodating three productions simultaneously. It’s a landmark opening and it reflects the entrepreneurial vision of local actor and producer Gemma Martini, the daughter of Starline owners Ron and Maria Martini.

The studio has partnered with one of the largest studio production service groups in the world, MBS Equipment Co. In addition to sound stages, it features 100,000 square feet of support space, 37,000 square feet of office space, room for wardrobe, fitting rooms, washing facilities, and industry specific technical infrastructure from sound-proofing to power distribution.

Positive economic impacts of the motion picture industry in Langley saw approximately $35 million invested directly to the local economy last year during which more than 1,000 film days were worked by industry professionals to deliver content on 136 different productions.