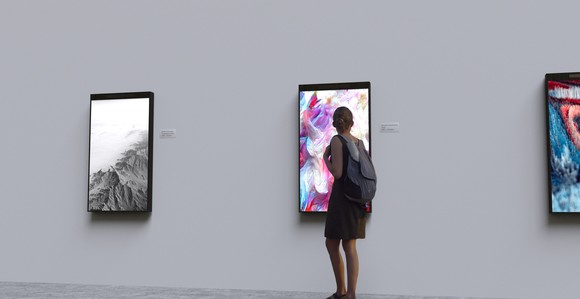 Creative BC is pleased to announce the recipients of this year's Interactive Fund. The Interactive Fund is a partnership between Creative BC and the BC Arts Council, and is intended to support the production of high quality, original, interactive digital media content and software applications, owned and controlled by BC companies or individuals.

Through a juried process, successful applicants are selected to receive a grant of up to $50,000 each to develop their own original, creative, interactive digital media projects.

This marks the eighth round of funding through this increasingly competitive program, which contributes to BC’s culture of growth in technical creative innovation. British Columbia is recognized as a hub for digital entertainment. BC-owned companies are flourishing, creating everything from innovative video games, mobile apps, virtual reality and augmented reality, to animation, visual effects, social media, interactive marketing and e-learning tools, all of which are part of the creative industries that Creative BC serves.

Through strategic collaboration, Creative BC and the BC Arts Council are uniting to bridge art with business, grow the creative economy, attract new investment, and stimulate the creation of new jobs and career opportunities in BC.

The following are this year’s successful recipients:

De_make is an online multiplayer world that brings PC, VR, and AR players altogether into a creative and competitive cyberspace.

An online interface organizes contributed moments of influence by female visual artists, the archive connections are activated by viewers in an interactive installation.

Project is to provide interactive elements for Urban Screen including SMS, external camera, streaming audio and a kiosk designed for interactivity.

On Data is a series of interactive digital artworks that give form to invisible data around us in real-time. It imagines vivid renditions of data sets like animal populations, local traffic patterns or changing climates from around the globe.

Prepping for her biggest adventure yet, Alice sketches her life in the virtual city.

Generations is a video game set aboard a starship on a journey of hundreds of years. The player's job is to prevent social breakdown through politics and leadership.

A female led ensemble cast faces their personal demons in The Chant: a thrilling 3rd person psychological horror video game that deals with elements of yoga, the occult and astral possession.

“Then And Now” blends Mixed-Reality visualization with a topographic map for an interactive experience of BC’s major historical milestones.

Research and development to create a VR version of UNINTERRUPTED, the digital projection spectacle celebrating Canada 150, shown in 2017 with over 30,000 people attending.

On a prehistoric alien world, two stranded inhabitants fight for survival by exploring their surroundings, developing their camp, and drawing inspiration from the stars.

For more information on the Interactive Fund visit creativebc.com.