An Interview With Carly Mckillip for One More Girl 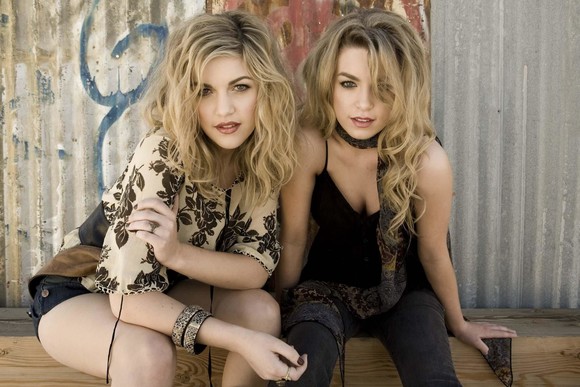 “Being able to make the record is one thing – but
being able to get out on the road and promote it,
that’s where Creative BC comes in.”
-Carly McKillip
Growing up with parents in the music industry, Carly McKillip has been exposed to the business her whole life. She recorded her first album as an independent artist when she was only 18. Since then, she’s been on a decade-long journey,
working with some of the biggest record labels out there, only to find her way back to where she started — independent and producing the music she and her sister, Britt, want to make.
Together, the sisters are One More Girl, a country music duo based in Vancouver, BC. With the release of their new album The Hard Way, they are excited for people to get to know them in a fresh way. “My hope for this album is that it’s heard by as many people as possible and that they get to know us in a way they never have before. We have a lot of stories we want to tell and our music has evolved. Our new album has a more mature sound, a bit grittier and more organic.”
Vancouver hasn’t traditionally been known as a country music town, but over the last few years the industry has expanded and grown exponentially. The amount of country artists coming out of BC is increasing every year, and the genre is becoming more and more popular.
“The genre is growing because there are so many new platforms and channels that people are finding music through. It’s no longer about being limited to a pop, rock
or country station. Most audiences don’t want a label on their music– good music is good music, and that’s empowering for us.”
As newly independent artists, Carly and her sister rely on the support of their community like never before. There are distinct advantages to recording an album
independently, including creative freedom, yet it also makes promoting an album that much harder. Securing and arranging cross-country radio tours and international gigs are challenging for example. Funding and making the right connections are critical for those who venture out on their own.
“As a Canadian artist, it can be tough to reach people internationally as we’re limited by where we can go and how we can get there. The best way to get your music heard is to get out there and pound the pavement.” Carly and her sister
were two of the first people to apply to the BC Music Fund, administered by Creative BC, and that funding allowed them to make the album they set out to make. “We’ve been so fortunate to have Creative BC’s support in making this album. I honestly don’t know where we would be without them.”