An Interview With Tom Dobrzanski for Monarch Studios 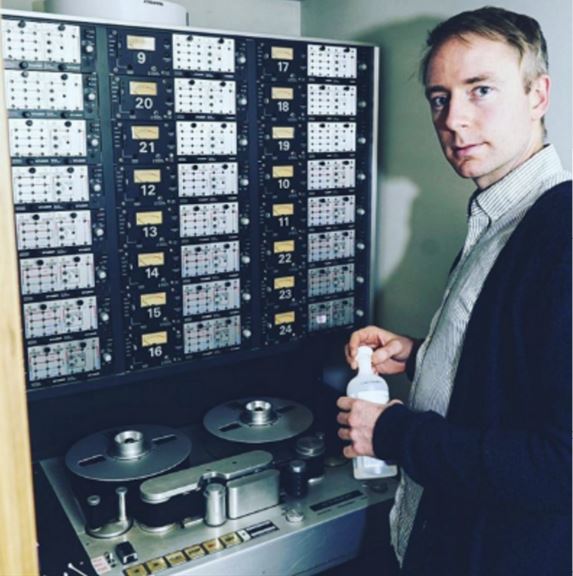 “How great would it be if the rest of the world started
to see Vancouver the way we do? That’s where we
could use support – in getting the word out!”
-Tom Dobrzanski
For Tom Dobrzanski, music started out as a hobby to help him relax. Then, somehow he found himself launching a recording studio in his parents’ basement while studying business at UBC. “At the time, home recording was just becoming
possible. We were right at the cusp of disruption when it came to musicians recording their own music. There were big, expensive studios in Vancouver but no one else was doing what we set out to do.”
Tom had never been to audio school, but he was curious and driven, and he was offering something that smaller bands desperately needed – a chance to record a professional-sounding album without breaking the bank. As his business grew, Tom decided to hone his skills with part-time courses at a local recording school.
When he graduated from UBC in 2005, his studio was fully booked, with no end in sight.
“I was reinvesting what I was making into the business, buying better sound equipment and working with more and more well-known bands. I had outgrown
my parents’ basement and so I set out to find a new home.” He finally found the future home of Monarch Studios, and after a lengthy renovation process, he officially launched the next phase of his recording studio in 2012.
Yet, it hasn’t always been easy to navigate the ever-changing music industry. “If I was wrong about one thing, it was projecting how the studio would run when it came to bookings. I thought we would get bigger, international bands in for 30 days straight, but it’s mostly been four-day local bookings. Still, it’s been cool because I see the smaller bands getting bigger and growing into our studio.”
When Tom learned about Creative BC and the BC Music Fund, he couldn’t believe how simple it all was. “I was late finding out about Creative BC – I learned about them, when they announced the Music Fund, no one could believe it – musicians are used to an arduous grant process, having to write long essays and marketing plans. This was so easy, and once people figured that out, it was a frenzy!”
Aside from funding, another area that Tom would love to see more support with is bringing people in the industry together in meaningful ways. “We’re like hermits, us studio people. We live in these soundproof boxes and get quite busy – it’s rare that we all end up in a room together talking about our work.”
But, when they do get together, they often talk about the same vision – putting Vancouver on the world map as a destination for recording. “I daydream about the future and being able to work with people from all over the world. Having an international mix of people in the studio would be so healthy for the creative energy ofour space.”