Growing up in Surrey, BC, in the early 2010s, Babylung was no stranger to the dark side of life. By his early teens, he was known to the police, reported regularly to a probation officer, and kept the kind of company that the after-school specials of the era considered less than ideal. In fact, his now-ubiquitous stage name is itself a sly nod to his early exploits with marijuana as an impressionable teen while being raised on the streets of one of British Columbia’s most diverse and populous cities.

Less than a decade later, and on the heels of three meteoric years of musical growth and success elsewhere in Canada and abroad, Babylung would be unexpectedly forced to return to his childhood home in the Guildford area due to the advent of the COVID-19 pandemic. Thanks to timely support from the Amplify BC Career Development program, however, he would use this period to reconnect musically with his community, and reckon personally with his tumultuous past.

To Live and Die in Surrey is Babylung’s R&B, hip hop, and Gospel-inspired love letter to his hometown, in all its gritty realism and complex glory. Thanks to recent Amplify BC Career Development funding, Babylung successfully produced, recorded, mastered, and marketed this album and companion music video, building creatively on his earlier 90s-era neo-soul and R&B inspirations. The album dropped this past summer with Bayanihan Records. It continues to receive both critical and popular acclaim for its honesty, emotional range, and candour.

When asked to reflect on the genesis of this new album, Babylung offered that it, “… connects to my overall work by telling the in-depth story of who I was, who I am, and who I’m becoming, finally, after coming home from three years of travel and studies while working in the music industry. It gives me a clean slate to express the now.”

It was a dangerous experience with high school football that inadvertently launched Babylung’s musical career into this new ‘now’. In 2016, the Holy Cross High School student was severely concussed during a football game against a visiting college-level team. The resultant traumatic brain injury necessitated an abrupt shift away from sports and a sometimes-dangerous lifestyle, and a catalyzing personal move – embraced by a family rooted in deep traditions of church musicianship – toward music creation and performance.

Making the most of this new direction as he continued to pursue physical, emotional, and mental recovery, Babylung moved to Toronto to pursue music and artist management at the Harris Institute in 2018. His effort and commitment quickly drew accolades. In 2019, he was selected for that year’s MusiCounts Scholarship and Mentorship Program (affiliated with the JUNO awards), and worked with dedicated mentors from Spotify, CARAS, E-One Entertainment, Rogers Radio, The Feldman Agency, Anthem Entertainment, and other industry leaders. 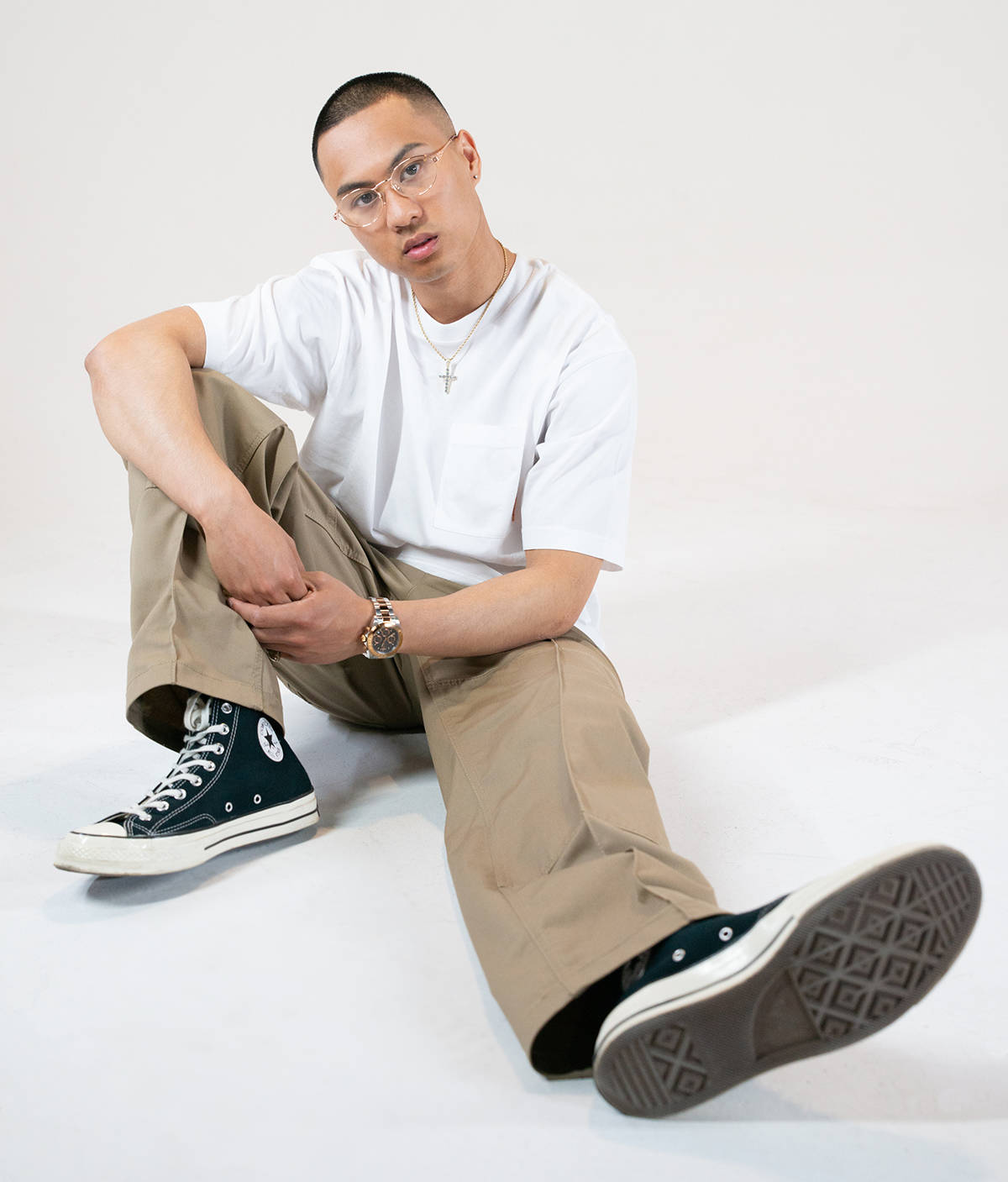 Following these formative experiences, Babylung relocated to Glasgow, and completed a Bachelor’s Degree in Commercial Music on full scholarship at the University of the West of Scotland. Here, he released his 2019 album on love, loss, and addiction – Theia Mania –  and assembled an eclectic ensemble of genre-diverse musicians to perform alongside in Glasgow’s thriving live music scene. Inspired by elements of hip hop, R&B, pop, and rock, with added influences from the Gospel traditions of his childhood, Babylung electrified culturally-voracious crowds with his fresh and engaging sound. His musical innovations were interwoven with a degree of candor and honesty that belied his young age.

It is in this spirit of candor and innovation that Babylung has created “To Live and Die in Surrey” as a pandemic-era homecoming effort. Working with an authentic eye to his own lived experiences and perspectives, Babylung surrounded himself with an entirely local creative team:  Rishav Budathoki (recording engineer), Hubey Razon (design & photography), and Carter Kirilenko (director & videographer). Beyond seeking out creative partners who similarly called Surrey home, Babylung also wanted to ensure that at least 50 percent of his passion project’s creative team reflected underrepresented B.C. demographics.

Babylung’s deep love for his hometown and its diverse populace shines through in this new Amplify BC-funded project. “My audiences are my close fans who have been following my journey since 2016. Those who reside in Surrey understand (or know of) what it’s like to grow up with its beautiful and dark sides,” he says. “I aimed to tell the story of not only me, but [also] my friends who know of (or, went through) juvenile delinquency.”

Simply, the album resonates powerfully with audiences because its themes of overcoming adversity, catharsis, and renewal ring credibly true. One of its flagship tracks – Betrayal – speaks to the complexities of relationships; Funny Innit? looks back with cynical sentiment on Babylung’s earlier encounters with the law, and Nothing To Be Said reflects on obtaining absolution from past mistakes. The album’s continued success has also reignited interest in Babylung’s earlier (2017) release of Look What You Did, a personal mixtape depicting addiction, unrequited love, ambition, and hope.

Babylung’s rapid rise is quantifiable across many platforms: he has accumulated over 1.8M Spotify streams as of October 2020, reaches over 285,000 unique listeners globally, and has been featured multiple times on Spotify Canada’s New Music Friday, Just Vibing, and R&B Favorites editorial playlists. He has also received radio play on CBC Radio One’s Big City Small World, and CJSF Radio. As well, Babylung has been added to daily rotations on UWE Radio’s The Morning Show, in Scotland.

In the wake of his recent successes, and as he continues to adjust to life at home, Babylung’s future plans are simple: a continued focus on songwriting and production, alongside regular collaboration with other artists who can help his unique sound develop and broaden. He will also be releasing a string of new singles throughout 2022. When asked for advice he’d offer to other emerging musicians and industry professionals considering applying for support from Creative BC, Babylung’s advice is simple, and characteristically direct. “Understand your brand, and take a deep dive into your artistic identity,”  he said. “It will help a ton with communicating your vision while writing the grant.”