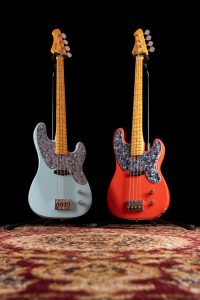 Three of the most popular words over the past two years have been resilience, recovery, and adaptation. Prestige Guitars has taken those words to heart, and is looking to become the third guitar manufacturer in Canada, and the only one west of Winnipeg.

People often say, “when one door closes, another one opens”. In this case, when Mike Kurkdjian and his team were faced with delays and backorders equating to 300 custom guitars over the past 24 months, they decided to take matters into their own hands, and focus on creating building a local manufacturing facility.

Being in business in North Vancouver since 2003, they have been able to provide countless production level and custom guitars to hobbyists including the likes of Shania Twain, Randy Bachman and SLASH.  Their process previously began in South Korea, in order to keep production efficient, while still maintaining their luthier’s standard of a custom-built guitar. Over the last two years, the pandemic has allowed people more time to nurture hobbies, which has translated to increased Prestige’s demand. This has dramatically increased their single-person sales and distributor expansions in new markets throughout Canada, the USA, and Europe. With this increased interest, the company has been able to grow and thrive. 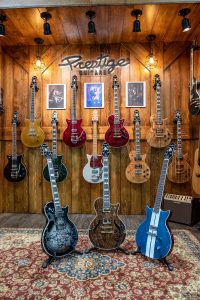 The warehouse is projected to be fully up and running by mid to late April 2022.  In the meantime, their focus will be creating new jobs by training staff in the art of manufacturing guitars. Prestige will continually look to grow and expand this initiative.

Not only will Prestige be creating more innovative jobs within the music industry, but they will be using ethically-sourced and sustainable tone wood from BC suppliers, helping to expand collective economic impact throughout the province of B.C.