With support from Amplify BC, Thick as Thieves Entertainment wins back audiences and fosters industry goodwill 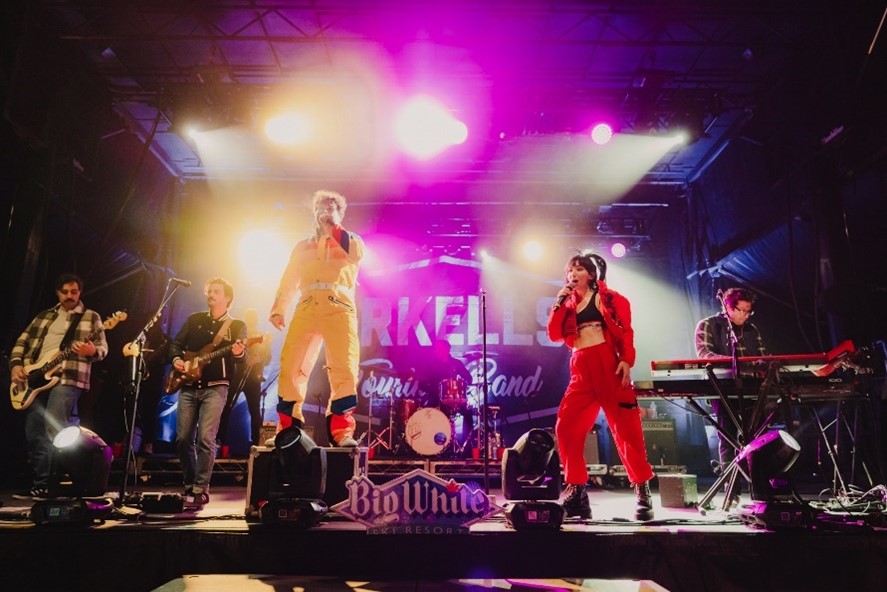 Thick as Thieves Entertainment is living proof that, when dovetailed with honesty and transparency, patience and persistence pay off.  Originally scheduled for April 4, 2020, their flagship AltiTunes Festival ultimately took place April 2, 2022; the two-year wait proved worthwhile for artists and audiences alike.

The Festival’s mainstage, located at the base of Big White Ski Resort, featured performances by the Arkells, Lights, Daysormay, Teon Gibbs, and DJ Invizible on the Festival’s opening Saturday. Artists were also hosted at Snowshoe Sam’s from Friday through Sunday. Event producer Mitch Carefoot noted it was at once “surreal and emotional” to witness the packed crowd on-site throughout the weekend. 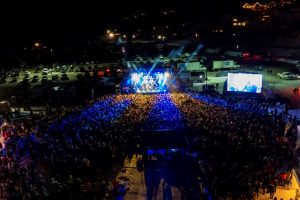 Back in May 2020, Mitch and Kurt (Joy) of Kelowna-based Thick as Thieves Entertainment suspected that the pandemic would last longer than they had hoped. Given the unpredictable environment, the team elected to refund all ticket buyers for their three major events (AltiTunes, along with the Crown of Sound, and Denim on the Diamond music festivals). Each event had pre-sold up between 4,000 and 5,000 tickets. Despite this, Mitch noted that, “…there were a few conversations that stuck out, but in particular, an artist executive and Big White shared the same sentiment: if we want to make it through this, all of us in entertainment and hospitality need to show compassion, and treat each other as human beings.”

Support from Amplify BC via its Live Music program at this unpredictable time for the organization allowed for its continued stability despite the initially-catastrophic loss of earned revenue. Moreover, Thick as Thieves’ transparent expression of generosity toward those who had purchased tickets for these cancelled events helped forge a solid relationship with these same buyers. Thousands quickly renewed their purchases when the event was rescheduled.

Beyond the intricacies of presenting large-scale events in compliance with evolving provincial public health restrictions, the geographic location of the AltiTunes event provided unique production challenges. In enabling the event to take place at Big White Ski Resort, Mitch outlined the work that the production team had to put in: “Thousands of feet of fencing had to be manually carried across snow; the stage had to be continually checked as the snow melted during setup, and 55,000 pounds of cement block were hauled up the mountain to be used as anchors for over 7,000 feet of tenting!” 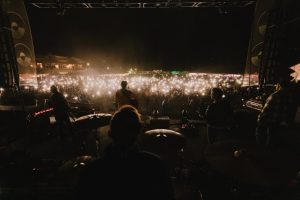 The view from the stage.

With several more sold-out events on the horizon, it has become clear that, thanks to both Amplify BC’s support, and the continued generosity and care of the region’s music lovers, Thick as Thieves Entertainment is well-equipped to pursue continued and sustainable recovery for artists and audiences alike within and beyond the Okanagan region.