The Vancouver Inter-Cultural Orchestra bridges musical worlds with “Music From the Heart” on June 11, 2022 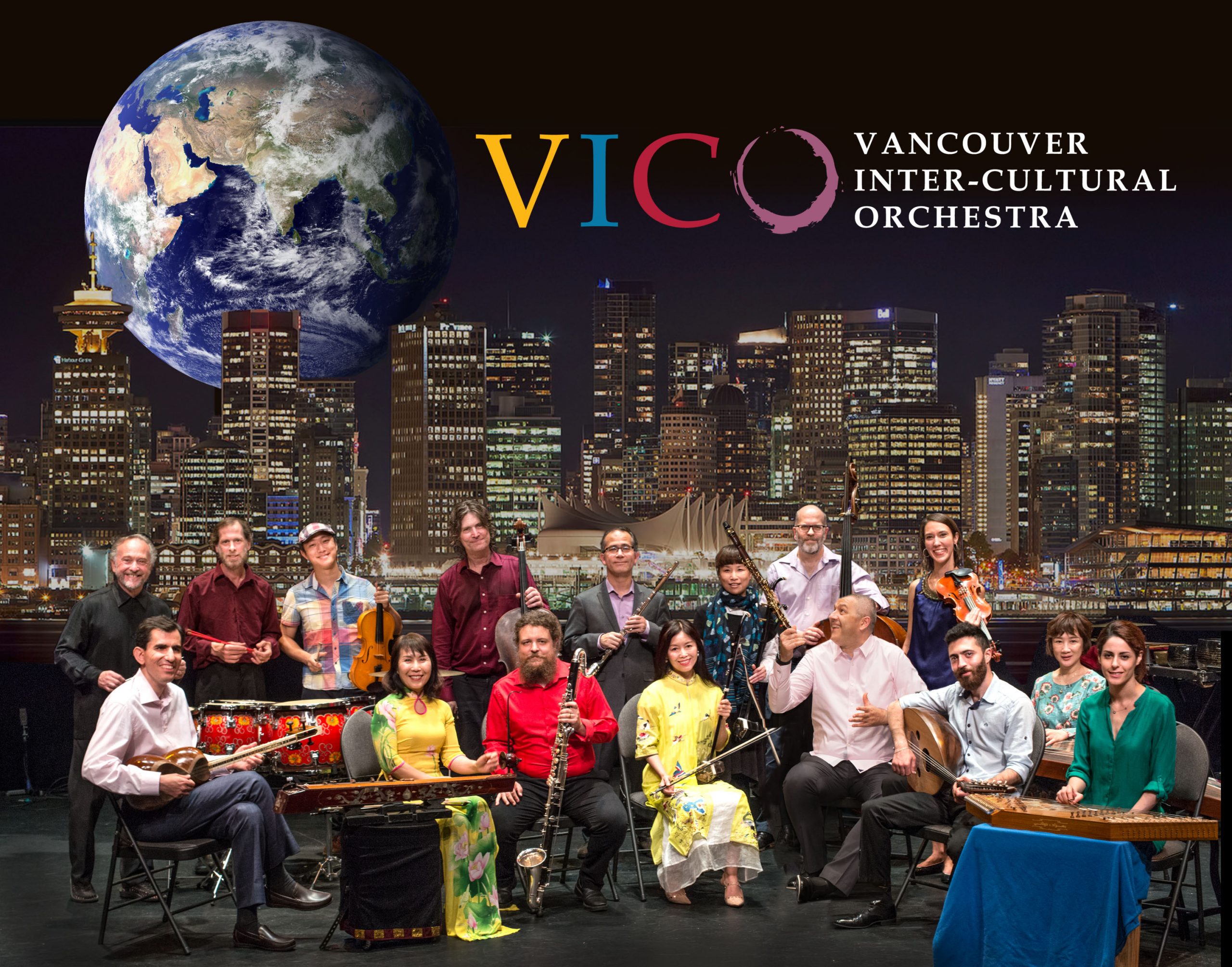 Musical collaborations that bridge global gaps can inspire artists and audiences alike to listen their way into a more connected world. Zhongxi Wu and Mark Takeshi McGregor, of the VICO ensemble.

Thanks to funding from Amplify BC’s Career Development program in 2022, the Vancouver Inter-Cultural Orchestra (VICO) is preparing for exactly this kind of concert at the Cultch’s Historic Theatre on June 11. The unique occasion will connect some of the best of B.C.’s homegrown talent with an Azerbaijan-based father and son duo making their Western Canadian debut. Tickets are available here. 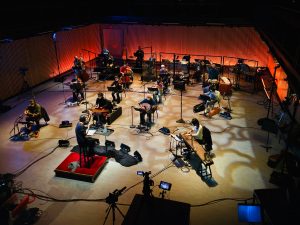 The VICO in a recent dress rehearsal.

The concert itself is “Music From the Heart”, a ground-breaking international collaboration that will feature the 22-member orchestra, alongside special guest artists Ramiz Guliyev (tar) and Ayyub Guliyev (composer and conductor). The concert will occur for a live audience, and – thanks to support from Amplify BC – will also be captured and shared digitally in the near future.

The VICO, founded in 2001, is one of the world’s first concert orchestras devoted specifically to performing new, intercultural music on a grand scale. It is currently the only professional ensemble of its kind in Canada. A 2012 recipient of the City of Vancouver Cultural Harmony Award, the VICO has been described as “the United Nations of music” (CBC Radio), and “music that sounds like Vancouver looks” (Georgia Straight). 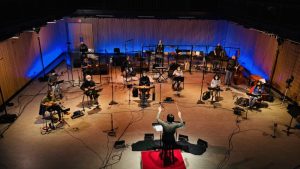 The VICO in a recent recording session at the ANNEX.

Twice-postponed previously due to the pandemic, the live “Music From the Heart” programme will feature Canadian contemporary classical music by B.C. composers, including Farshid Samandari, Taraneh Foroozan, and Mark Armanini. The release of the subsequent video – beyond a static performance capture, an immersive, fully-fledged concert production in its own right – will be one of the flagship events of the VICO’s 20th anniversary season in 2021/22.

When asked to reflect on what drives the VICO’s inspirations to seek out and champion projects like this one, Melanie Thomson and Mark Armanini (VICO’s Communications Manager and Artistic Director, respectively) offered that, “The VICO’s inspirations come from many regions of the world, through the musicians we work and create with, who are not only talented in their individual practice and/or cultural tradition, but also unusually open to learning new ways of creating and performing music together across cultural and linguistic boundaries. As artists, VICO composers and musicians are inspired by carefully listening to each other, and by the way that music can break down barriers of knowledge and understanding, leading to exciting and inspiring new collaborations.”

Thanks to Amplify BC’s investment, the VICO is similarly investing in its longer-term ability to market and disseminate quality digital programming that is both complementary to its live presentations, and a compelling experience its own right. By increasing the diversity and quality of digital programming it is able to offer (including to an international viewership), the ensemble is also able to identify new audiences and sources of revenue to sustain operations in the longer term. 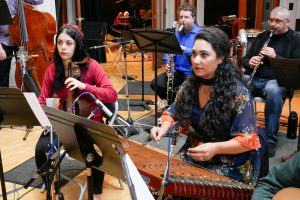 Saina Khaledi & Marjan Alekhamis, of the VICO, in rehearsal.

The digital capture and dissemination of this live concert will also provide current and future audiences with insights into the unique instrumentation that can typically be heard at a VICO event.

“In our Creative BC-funded project, a compelling performance video will offer viewers rare, close-up views of the VICO’s diverse instruments (Chinese erhu, Persian kamanche, Azerbaijani tar, violin, viola, cello, contrabass, percussion from around the globe),” says Mark. “The sound will be carefully recorded on vintage analogue audio equipment to ensure that the unique colours of each instrument are clear and present.”

When asked what advice they’d offer to others considering seeking funding from Creative BC, Melanie reflects, and says, “Talk to a program officer, and find out how your work might fit with Creative BC’s funding envelope! The perception can be that these grant programs are focused more on popular/commercial entertainment, but the VICO’s continued experience is proof that there is room for other types of projects, as well.”