Color of Hockey: Canucks prospect Bains stars in ‘Out of the Stands’ 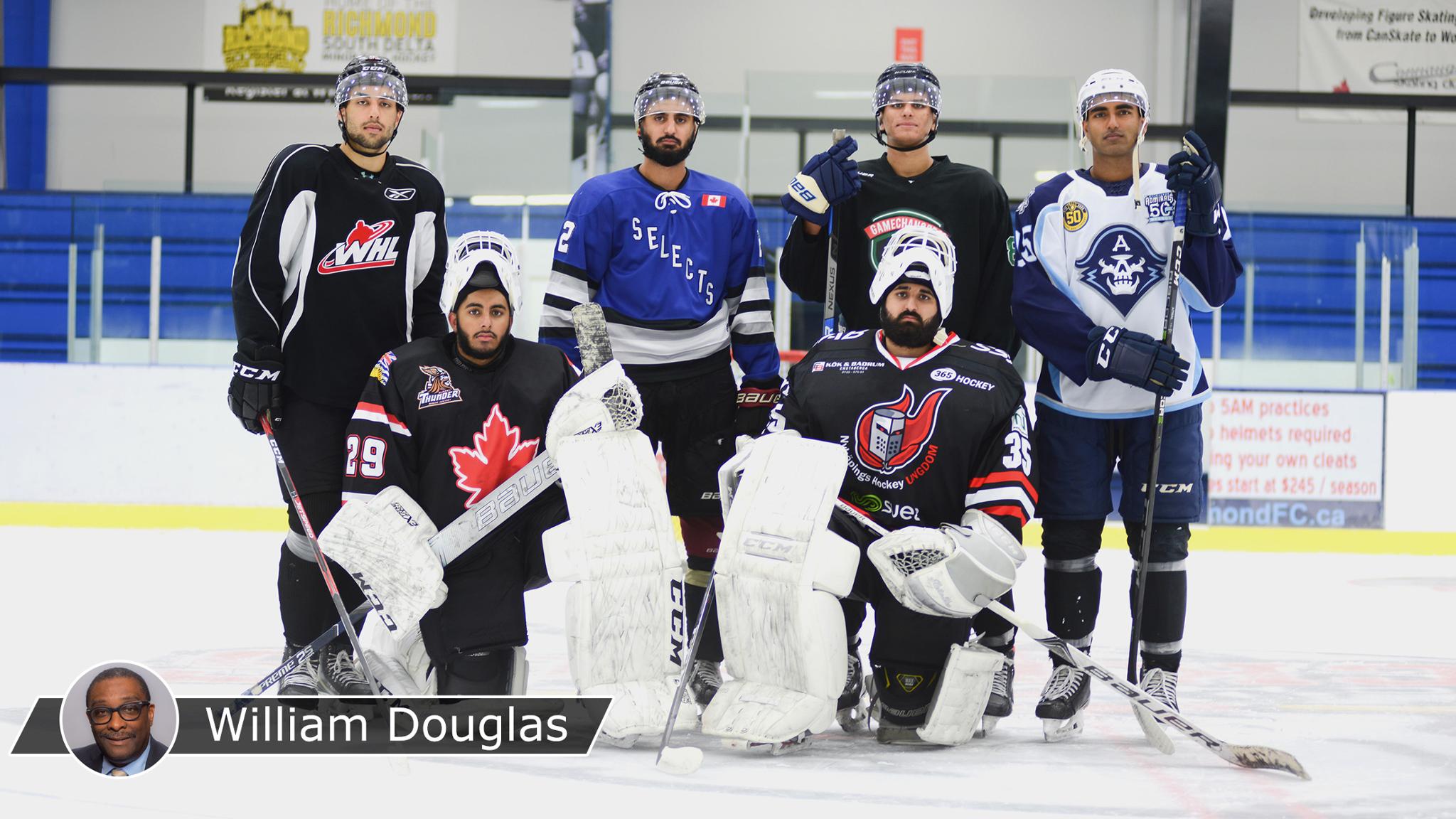 Nilesh Patel and Baljit Sangra knew they were on to something when they began filming “Out of the Stands,” a documentary about young players of South Asian heritage striving to reach the NHL.

One of their subjects was Arshdeep Bains, a forward who has played the past five seasons with Red Deer of the Western Hockey League. But once they started following Bains on the ice, their focus began to take an exciting turn.

“We knew ‘Arsh’ was going to score well, and he’s a wonderful young man,” Patel said. “But as the season went on it was, like, ‘Oh, my.’ And in January, when he took the scoring lead (in the WHL), it’s like, ‘We’ve been talking to the guy for six months, seven months now and he just took over the scoring lead in the WHL? What’s going to happen next?'”

What happened was Bains winning the WHL scoring title with 112 points (43 goals, 69 assists) in 68 games this season, the 21-year-old becoming the first player of South Asian heritage to do so, and then signing an entry-level contract with the Vancouver Canucks on March 11. 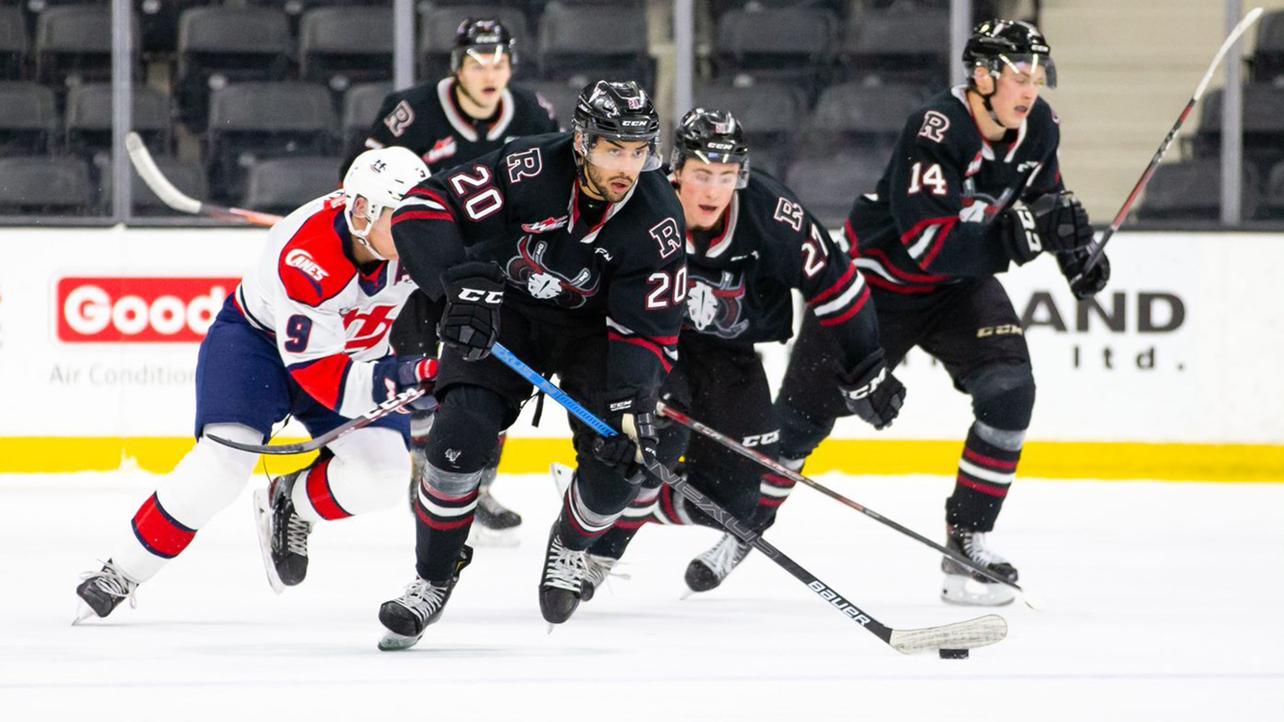 The story of Bains and three other Canada-born players are chronicled in the TELUS originals documentary expected to be shown in Canada online, in theaters and at film festivals early next year.

Bains said he hopes the documentary, currently in post-filming production, will inspires kids who dream of playing hockey at its highest levels.

“Just kind of showing that it doesn’t matter what ethnicity or race you are or where you come from, that anybody can play hockey or any sport,” Bains said. “I think that’s pretty special because a lot of kids don’t have role models, especially in the South Asian community, that turn out to be hockey players. So if you can spread that awareness in any sport, really, it’s a good thing they (filmmakers) are doing.”

The documentary also follows Arjun Bawa, a forward for Cowichan Valley of the British Columbia Hockey League and the son of Robin Bawa, who became the first NHL player of Indian descent when he debuted with the Washington Capitals against the Philadelphia Flyers on Oct. 6, 1989; defenseman Kayden Sadhra-Kang, Bawa’s stepson and Arjun’s stepbrother, who played for Lethbridge and Swift Current of the OHL this season; and defenseman Arvin Atwal, who played professionally in Slovakia last season after playing in the ECHL and American Hockey League from 2016-21.

Patel and Sangra said they wanted to make the documentary after observing the growth in hockey participation and interest within the South Asian community in British Columbia.

“It’s a sport that is so celebrated in the community, with (‘Hockey Night in Canada: Punjabi Edition’) very popular,” Sangra said. “It’s sort of a game that multigenerations watch in multigenerational houses from grandparents to grandchildren.” 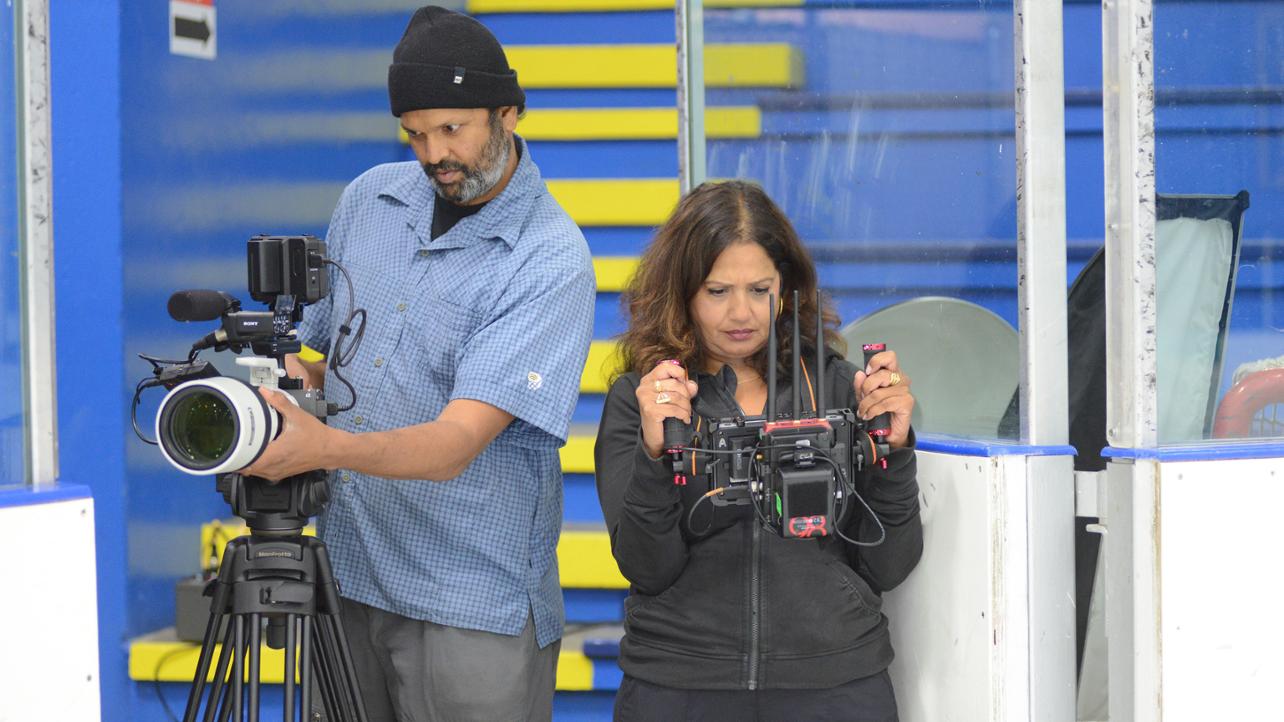 But the filmmakers say “Out of the Stands” is more than a hockey documentary.

“It’s just a nice way of learning more about the South Asian story and our journey, trials and tribulations through the sport,” Sangra said. “It’s very celebratory in nature. They (the players) are trying to achieve their big dreams. They’re Canadian kids and hockey is the sport of Canada, so it’s a nice way to showcase our community through the dreams of these kids.”

You couldn’t ask for a better script than Bains’ hockey story. Bypassed by WHL and NHL teams in their drafts, he played his way on to the Red Deer roster, signing as a free agent in 2017. He led the WHL in assists and was tied for sixth in goals with Philadelphia Flyers forward prospect Connor McClennon of Winnipeg. Bains finished the regular season with 32 points (14 goals, 18 assists) during a 14-game point streak, and had 10 points (four goals, six assists) in 10 playoff games.

Signing with the Canucks culmination a dream come true for someone who used to regularly take the SkyTrain from hometown Surrey, British Columbia, to Rogers Arena with his older brothers, Amrit and Harvir, to attend home games. 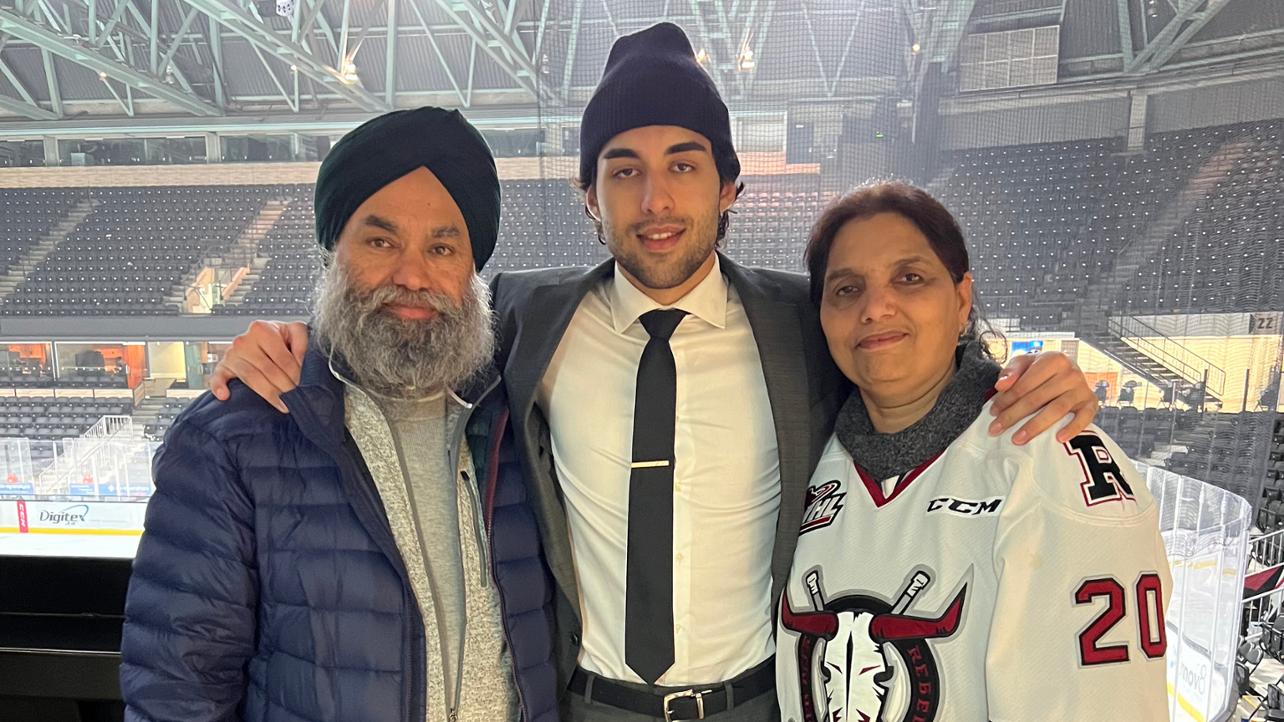 Ken Tsui, a production executive for TELUS originals, called the timing of Bains’ breakout season and the making of the documentary kismet.

“That’s sort of the beauty of documentary, you follow the story,” Tsui said. “It would have been great regardless of what happened, but the fact that he was having such a momentous, career-defining, or life-defining, moment is exactly kind of thing a documentary filmmaker, or a production executive is looking for.”