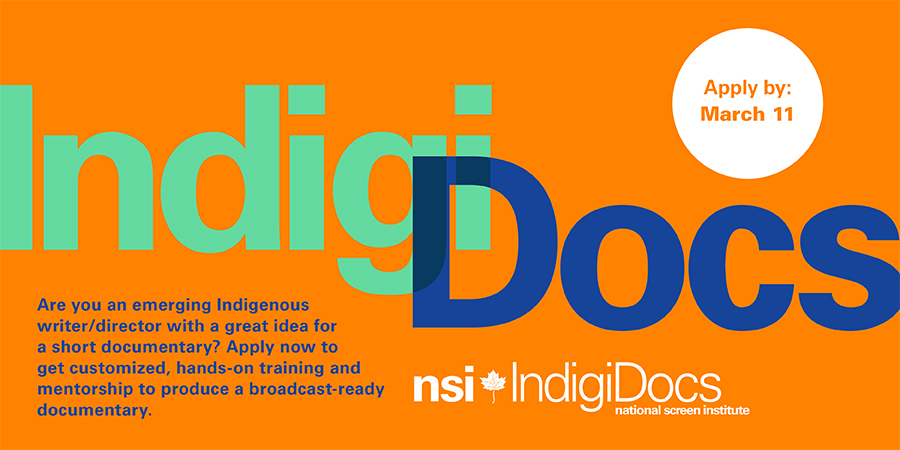 Four Indigenous filmmakers will be selected by an independent jury to participate in this intensive, online training program to develop a short documentary idea into a 10-minute finished film.

As an emerging to mid-career filmmaker, you will lead the project as both writer and director. Training and personalized mentorship are provided.

During phase 1 you will engage in online training sessions, complete assignments to evolve your documentary idea, prepare for production and attend the 2022 Hot Docs Canadian International Documentary Festival online.

In phase 2, you’ll begin the production part of your documentary journey. You’ll be provided with a budget and professional guidance as your vision unfolds. You’ll work with a mentor and executive producer during all stages of the production process including collaborating with the National Film Board on post-production.