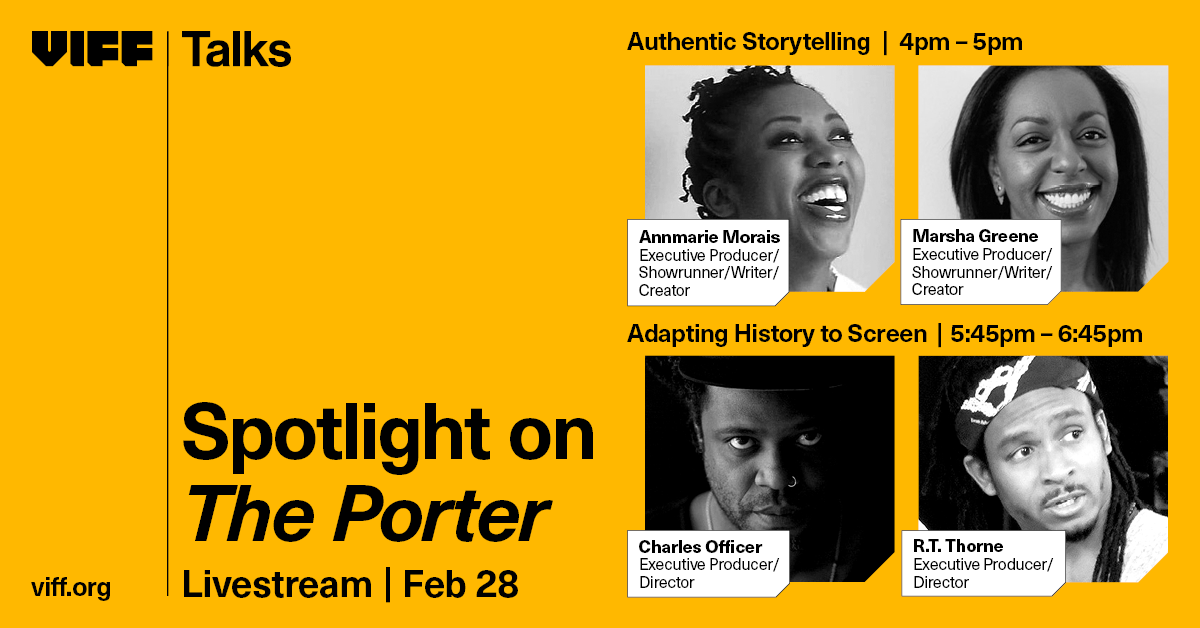 Not only Canada’s biggest Black-led series, The Porter also boasts the first Canadian all-Black writers’ room. Set in the 1920s, the CBC and BET+ series depicts the Black community in St. Antoine, Montreal – known as “the Harlem of the North”. Telling a story of empowerment and idealism, it spotlights the turning point when Canadian and American railway workers united to give rise to the world’s first Black union.

VIFF is thrilled to program this Spotlight on The Porter and host some of the series’ key creatives. The event will be broken down into two panels: Authentic Storytelling with Marsha Greene and Annmarie Morais, Creators/Executive Producers/Showrunners/Writers, and Adapting History to Screen featuring Charles Officer and R.T. Thorne, Executive Producers/Directors.

The Porter premieres on CBC and CBC Gem on February 21.

This event consists of the following sessions: