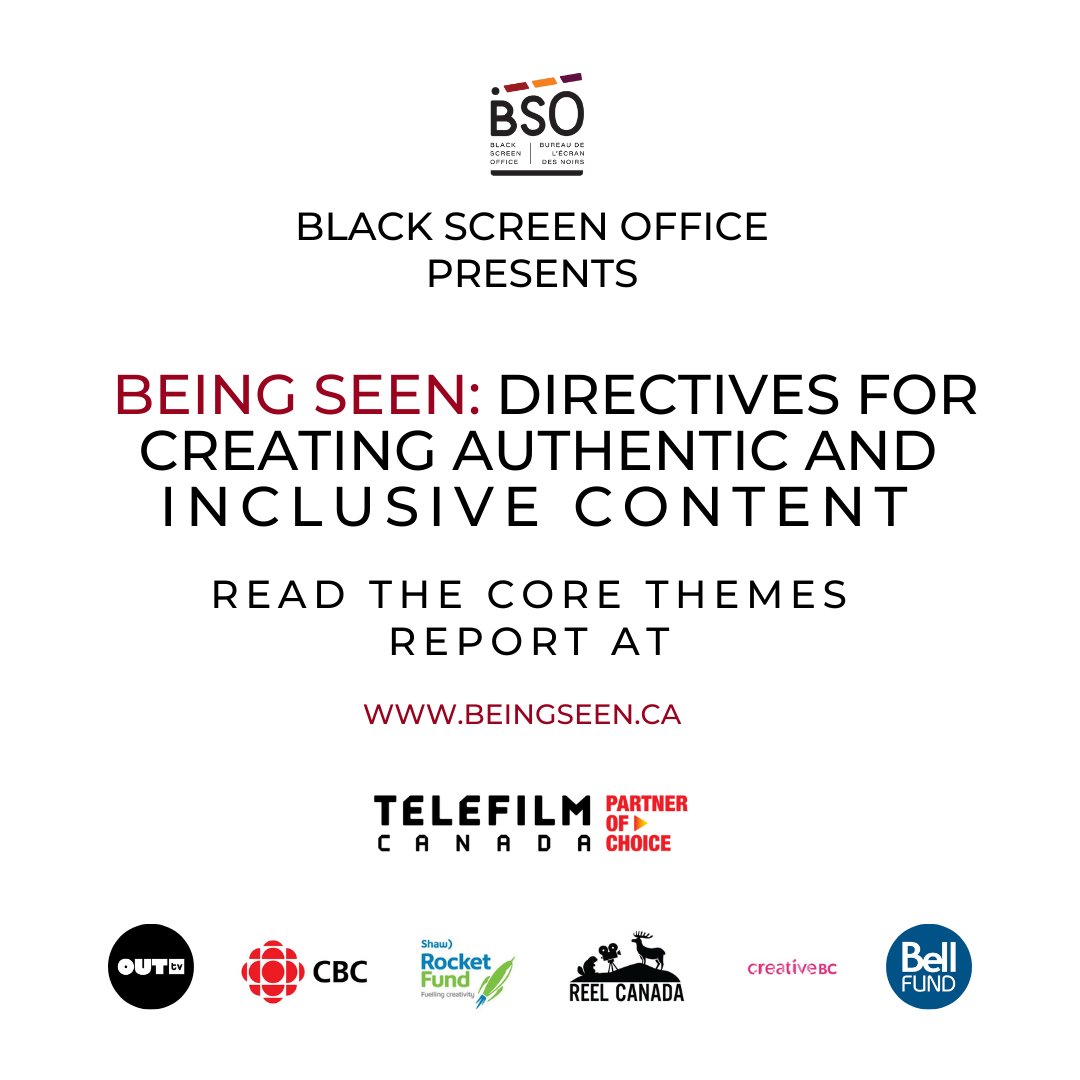 The Black Screen Office (BSO) has released its much-anticipated report “Being Seen: Directives for Creating Authentic and Inclusive Content”, which reveals how Canada’s screen industries are falling short in representing people from Black, People of Colour, 2SLGBTQIA+, and People with Disabilities communities, and also provides clear guidelines for industry leaders to meaningfully engage these underrepresented groups. The report, its directives, and other support tools for industry professionals are available at www.beingseen.ca.

“BSO formed out of the knowledge that underrepresentation of the Black community is a significant issue in Canada’s screen industries,” says Joan Jenkinson, Executive Director of BSO. “With ‘Being Seen’, we gain a clearer understanding of the scope and impact of this issue for various marginalized groups. We know many structural interventions are needed to dismantle entrenched practices; ‘Being Seen’ is one of those interventions, offering practical, immediate steps that producers, creators, broadcasters, funders and others can take to create equitable opportunities, produce authentic content, and reach untapped audiences who don’t see themselves reflected in Canadian film, television and digital media.”

With initial funding by Telefilm Canada, and additional support from CBC/Radio-Canada, Bell Fund, OUTtv, Ontario Creates, Shaw Rocket Fund, REEL Canada, and Creative BC, BSO conducted English and French consultations with more than 400 industry workers and members of the public, both adults and children, who identify as Black, People of Colour, 2SLGBTQIA+ and/or People with Disabilities. Participants provided opinions on the representation of their communities onscreen and behind the scenes at all levels of the production process. Their perspectives, many of which are directly quoted in the report, informed the 52 directives in ‘Being See’ and provide a roadmap to industry equity.