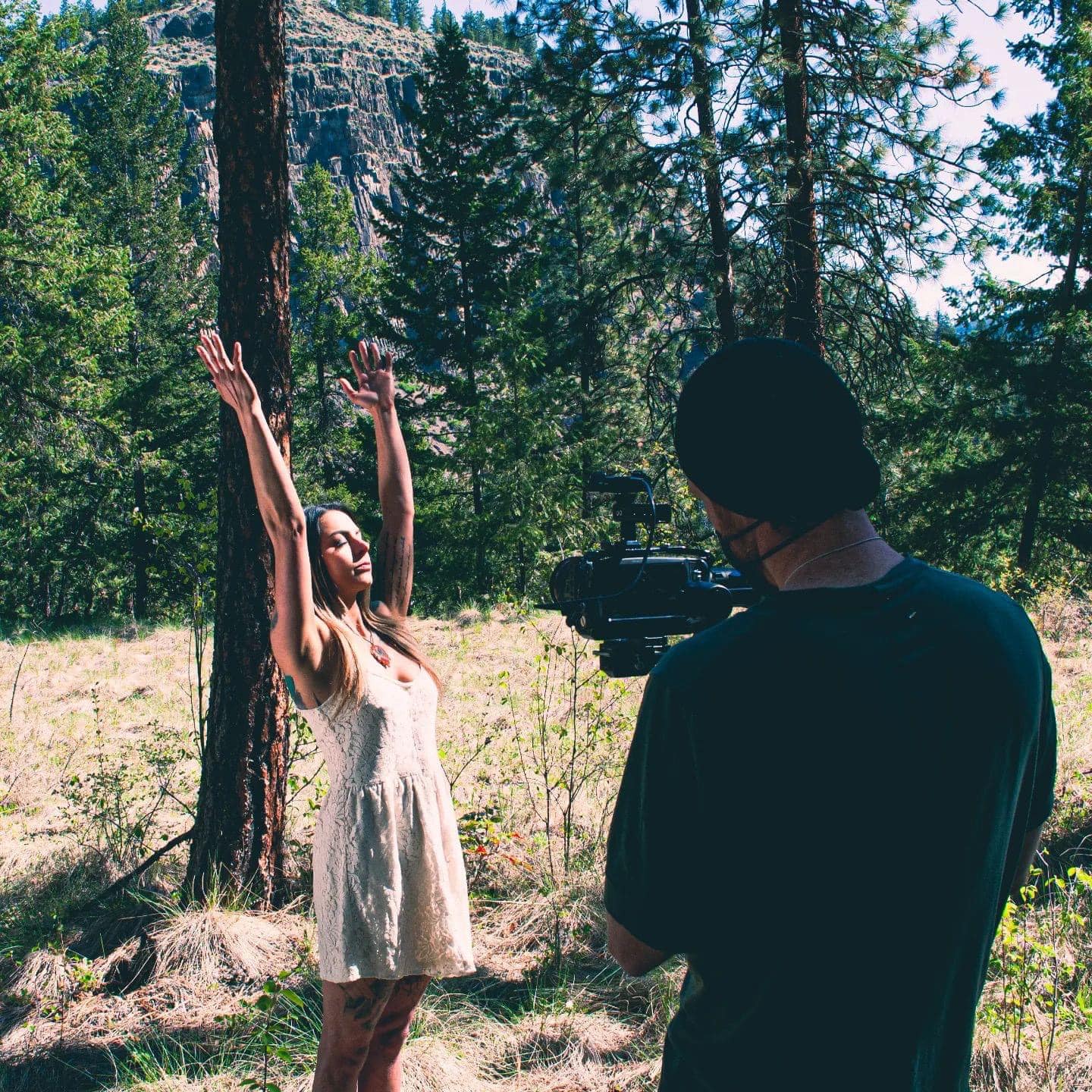 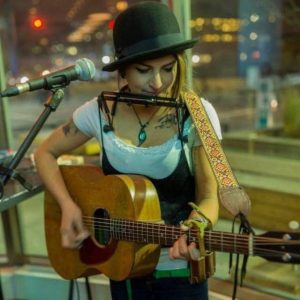 As a Kelowna-based artist and producer, Jodie B is equally at home in the realms of alternative hip-hop and blues. Her musical career began on the streets at the age of 3, and has since steadily progressed to encompass regional shows, community events, and international music festivals. Jodie B’s instruments of choice are a purple bass, a Fender Tele, and a six-key harmonica belt. Her sister, Nique Blue, often accompanies on the mandolin, alto saxophone, or acoustic guitar. In every instance and setting, Jodie B’s music is lyrical, accessible, and warm. It promotes her own values: authenticity, kindness, equanimity, and perseverance. 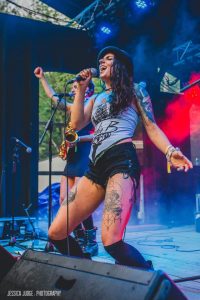 Headlining a festival in 2019.

A recent investment from Amplify BC’s Career Development program has enabled these qualities to resonate with a wider audience. On June 1, Jodie B launched the music video for her new single, “Human”: a multi-award-winning project filmed and produced on the traditional and unceded territories of the Sylix – Okanagan people. As a music video, “Human” conveys a message of deep empathy through its look at the many enduring connections between the human body and nature. B.C.’s pristine interior, with its palette of rugged forests, old-growth fields, and sun-baked flats, provided a compelling and cinematic backdrop for its story to play out.

Beyond its reminder of these interconnections, the video itself is a call to action: a warning for humans to return to right relations with the natural world, and practice mindful empathy with all of its living inhabitants. Career Development funding directly supported production and development costs associated with the video. The significant production values associated with this support have earned the video a robust mix of critical and popular acclaim. To date, “Human’s” accolades have included:

As a musician who is working actively to grow their video production skills and abilities, Jodie B is pleased at the opportunities working on this project have unlocked in her career. “Without Creative BC’s support, I would not have been able to assemble the team that produced this incredible, award-winning music video. Because of its high production values, the video itself has gone on to win eight international awards! I would never have been able to hire the talent needed to bring the production to life without this funding,” she says. “Beyond production costs, working with this team provided me with mentorship skills that I will one day share with others.” 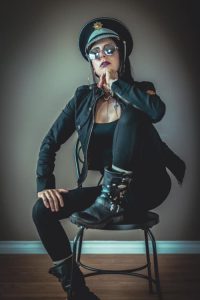 This most recent success has been informed by years of persistence, and a willingness to take on virtually any opportunity. Over the past few years, Jodie B has appeared at the Shambhala Music Festival (in 2015, 2017, 2018, and 2019), and has opened for artists such as Kytami, DubFx, The Pharcyde, and Methodman & Redman. Beyond these performance credits, she has co-produced for some of the industry’s leading hip-hop voices, including Q, Snotty Nose Rez Kids, Mayday!, Nino Bless, and Slug from Atmosphere, all in 2020. In 2021, Jodie B. increased her focus on growing as a producer by becoming the new owner of Frequency Sound 528, a recording studio promoting safe spaces for emerging and underrepresented artists to create and collaborate. Later in 2021, Jodie B joined the Danio Management family: home to artists including Stickybuds, KLab, Slynk, Fort Knox Five, JPod, and Featurecast. In each of these efforts, Jodie’s continuing mission has been to spread kindness through her lyrics and music, and share unique perspectives informed by her own lived experiences.

When asked to consider some of the formative lessons and insights that the “Human” video project has left her with, Jodie B reflects, and offers, “The project made me let go of my own limiting beliefs, and encouraged myself to set new goals I didn’t even know were possible, At the same time, it really made me understand the value of community, and how important it is to work with MANY artists! The great lessons of community, and of involving many talented minds, made this project what it is today.” 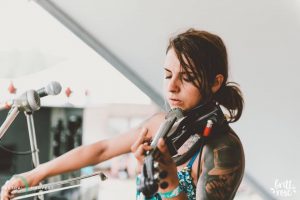 A moment in performance with an amplified violin.

Jodie B is deeply grateful to those who have inspired her success to date. When asked to consider the inspirations that have informed her work, she is quick to offer that, “Literally anyone, going out there, facing their fears, and taking the steps needed to achieve their greatest dreams is my inspiration!”

Jodie B also credits a few specific industry mentors for the fortitude that fuels her focus. As she notes, “Speaking personally, a few individuals have really given me reason to look up to them: Jane Aurora at Capsule Studios, Atmosphere, Snotty Nose Rez Kids, Jay Shetty, Two Feet, Tash Sultana, and DubFx.”

In keeping with the same spirit of mentorship, Jodie B is also quick to provide guidance and ready encouragement for those new to music production – and to grant-seeking on a whole.

“Do it! Leave yourself a lot of time, stay organized, believe in yourself, stick to the plan – and don’t be scared to ask for help,” she says.

“There are so many amazing resources and individuals that are eager to help you succeed. You don’t have to do it alone.”

“Human” can be heard and seen here.

Photos courtesy of Jodie B.