In collaboration with Creative BC, Medienboard Berlin-Brandenburg and the Trade Commissioner Service of Canada, Ontario Creates is organizing an Ontario/British Columbia IDM Trade Mission to Berlin, Germany from August 28 to 31, 2022. Deadline: May 18, 2022 by 5:00pm...

The seventh annual Creative Industries Week is bringing industry associations, stakeholders and creators together to showcase and celebrate B.C.’s dynamic creative sector the week of May 16, 2022. The diverse creators from the book publishing, interactive + digital...

Are you looking to hone your communication skills in a team setting and work effectively in groups? This is a critical skill to have for success in the creative technology industry. BCIT, in partnership with DigiBC, has created the Communication in Team-based...

A partnership between Creative BC and the BC Arts Council, The Interactive Fund supports the creation of high quality, original interactive digital media projects that support diversity in artistic expression, demonstrate clear connections between art and technology, and provide opportunities for access, dissemination, and engagement with audiences and within the BC arts and culture sector.

Watch the recording from the May 3rd, 2022 info session here

NEW FOR FY2021/22: One-hour free grant coaching sessions are available for potential applicants from equity seeking groups and under-represented regions of British Columbia! Grant coaches can provide direct feedback on your application materials for the Interactive Fund, hopefully increasing your potential for success. Grant coaches are independent contractors with sector based expertise in the areas of arts, culture and immersive and digital media, and often are previous recipients of funding themselves. Grant coaches are not involved in reviewing the eligibility or evaluation of any applications received to the program, and can therefore act as a neutral third party for constructive feedback.

Artists and companies from the following equity seeking groups are encouraged to take book a time:

As well, if you are located outside of Greater Vancouver/Lower Mainland, you are encouraged to book a time. This includes people located in the following regions: 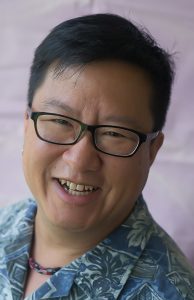 Walter Quan (Victoria based)
Walter Quan was a Program Officer at the BC Arts Council for nearly 30 years.  He administered funding programs for individuals and organizations and has read thousands of funding applications.   He built a national reputation for being available and approachable for all things grants.   Born in Vancouver (3.5th generation Chinese Canadian/5th generation Chinese American), he attended UBC in Commerce and Music, majoring in MUSSOC, the UBC Musical Theatre Society.   His current practice centers around knitting and making sushi candles.

Click here to book a grant coaching session with Walter 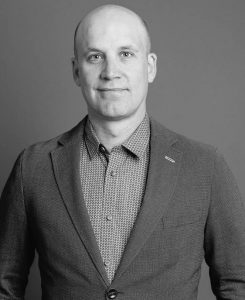 Brett Gaylor (Victoria based, past Interactive Fund recipient)
Imposter Media is the documentary studio of Brett Gaylor. His 2021 releases are Fortune!, an AR documentary released at the Sundance Film Festival, and Discriminator, a webby-honored interactive film exhibited at the 2021 Tribeca Film Festival and the Muestra Internacional Documental de Bogotá. His 2020 documentary The Internet of Everything broadcast in more than 25 countries and was nominated for a Canadian Screen Award. His interactive series Do Not Track is the recipient of the International Documentary Association award for best nonfiction series, the 2016 Peabody Award, and the Prix Gemaux for Best Interactive Series. His short OK Google animated a year of his son Rowan’s accidental voice searches and received the 2019 Webby Award. His 2009 feature Rip! A Remix Manifesto was the recipient of audience choice prizes at festivals from Amsterdam to South Africa, broadcast in 20 countries, and seen by millions of people worldwide on Netflix, Hulu and The Pirate Bay.

Click here to book a grant coaching session with Brett 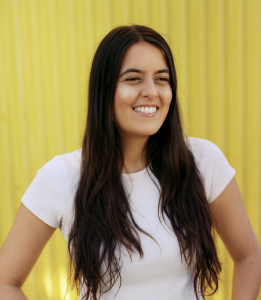 Paisley Smith
Paisley Smith is a Canadian filmmaker & virtual reality creator. She is the creator of social impact focused XR, including Unceded Territories with artist and activist Lawrence Paul Yuxweluptun, and Homestay, produced by the National Film Board of Canada. Homestay is the recipient of ‘Best XR’ for Change at the Games for Change Festival 2019. Paisley leads the Unity for Humanity Program at Unity Technologies, with a special focus on the impact community.  She lives and works on the traditional, ancestral, unceded territory of the Musqueam, Tsleil-Waututh and Squamish First Nations.

Click here to book a grant coaching session with Pasiley