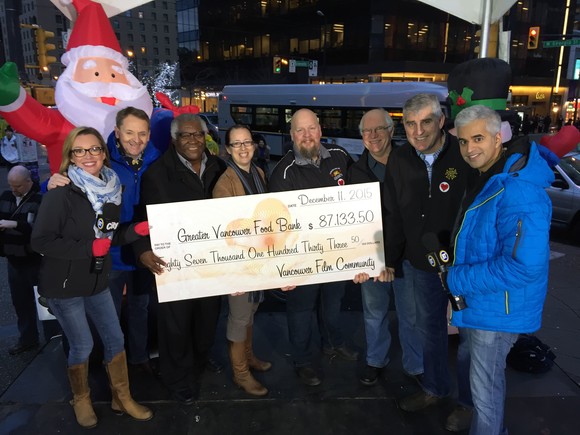 IATSE Local 891 President Mitch Davies was thrilled to join other representatives from BC film industry union and guilds to present a cheque for a staggering $87,133.50 to the Greater Vancouver Food Bank today.

The money was raised by the cast and crew from the 20 productions that competed in a spirit of friendly competition to raise money and food in the 2015 Reel Thanksgiving Food Bank Challenge.

The top five fundraising productions were: Lucifer, Arrow, The Magicians, Supernatural, and DC: Legends of Tomorrow.

IATSE Local 891 – The Union Behind Entertainment.
Located in beautiful British Columbia, with an accomplished, world-class membership of over 5,000 artists, technicians, and craftspeople, IATSE Local 891 is internationally recognized as a leading choice for film and television producers.