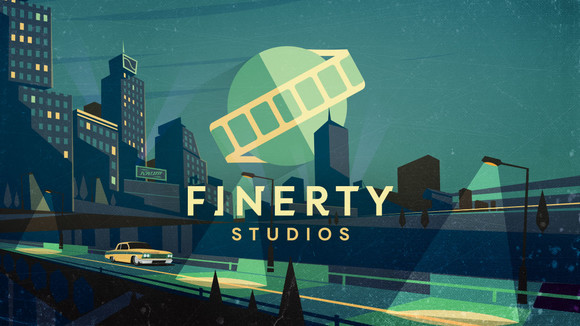 “Its an exciting venture for us, at a very exciting time for the local film industry,” stated Finerty Studios CEO, Dustin Finerty who created and owns the studio with his wife Kelly Finerty, the company’s COO. The two also financed the venture independently. “We believe it to be Vancouver Island’s only commercially available cyclorama green screen, and we are very excited to see the interesting projects that come out of this space by talented filmmakers”, remarked Finerty who rents out the space to local filmmakers as well as larger production companies coming from abroad.

Victoria had a banner year for film production in 2015 according to the South Island Film and Media Commission who has reported an estimated 18 million dollars was injected into the local economy due to an influx of film production attributed to the weaker Canadian dollar and BC’s film tax credit program.

“It’s great to see large productions come to Victoria; they put people to work and put money in the economy. We want to support them and facilitate their productions, but the local industry and independent film community is also incredibly important to us,” said Kelly Finerty, adding that the studio has implemented very reasonable rates and pricing structures to ensure the studio stays affordable for small independent producers and local filmmakers. “We charge a reasonable flat rate per day for bookings when compared to other similar sized studios commonly charging excessive amounts for just a bare facility. When you book with us, you don’t just get an empty room. You have total access to all of the facility’s amenities as well, including the lounge with all its bells and whistles, business centre, makeup and wardrobe area, screening room, and pre-lit Visual FX Stage.  It’s a perfect space for writing teams, production meetings, casting calls, rehearsals, training sessions, premiere screenings, visual effects, and the list could go on. It really is a total package deal for the creative industry,” said Finerty.