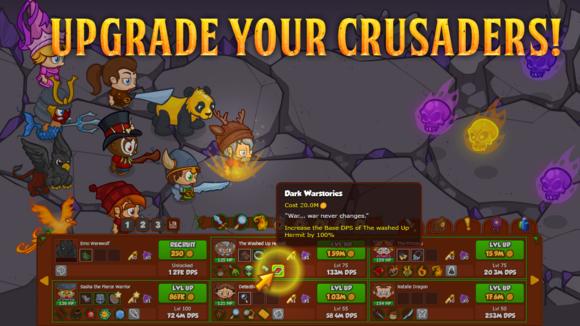 Developed by Codename Entertainment, Crusaders of the Lost Idols is the award-winning clicker/idle game where you unlock new Crusaders, level them up, collect gear, and earn achievements as you progress through a fantasy universe. Kongregate will serve as the game’s publisher on mobile platforms.

Crusaders of the Lost Idols is currently one of the most played games on Kongregate.com out more than 109,000 titles and consistently one of the top 2% of games on Steam. It is the only clicker/idle game with a formation strategy feature that has inspired web and PC gamers to log almost 4 million of hours playing time every month.