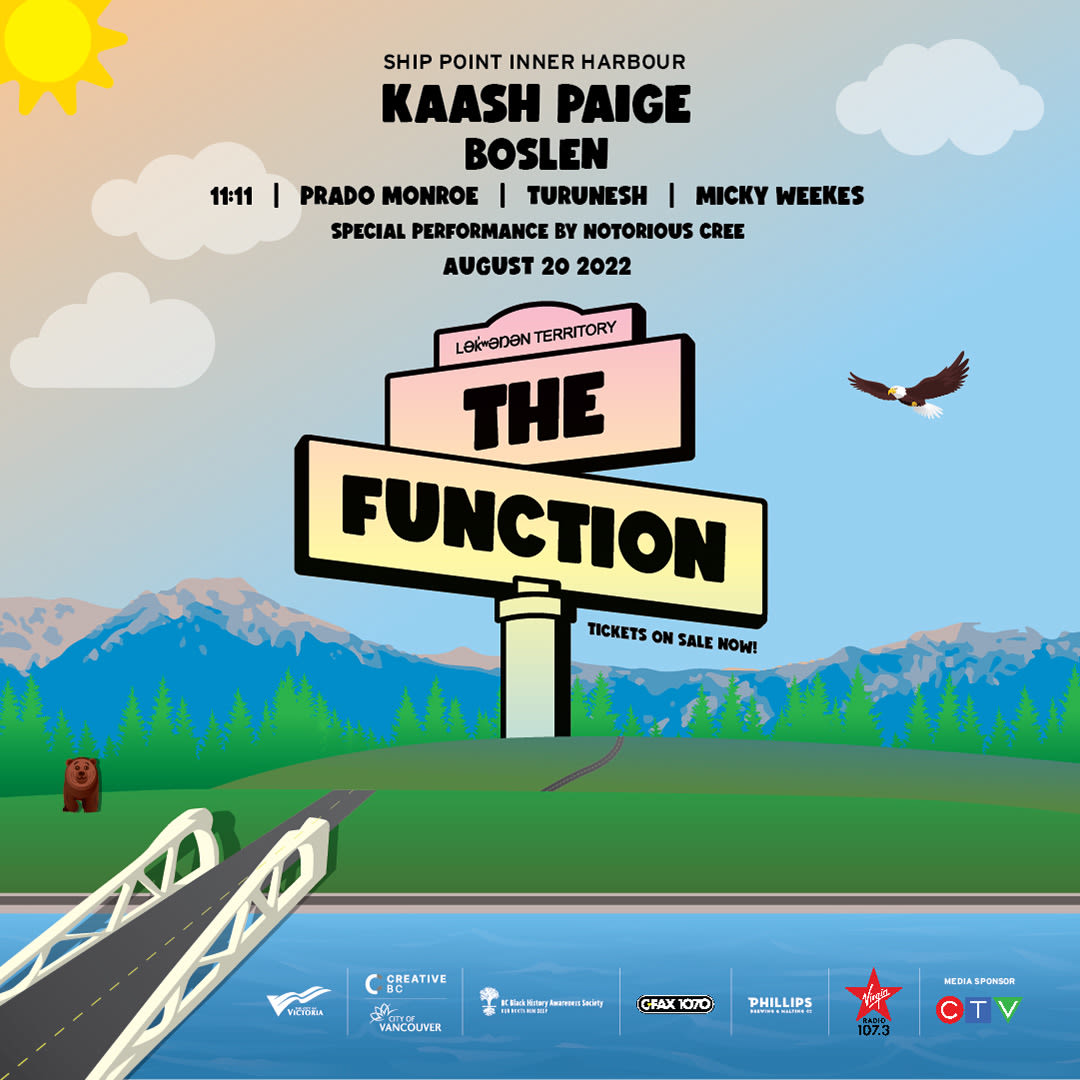 Being a two-time Olympian and bronze medalist, Charity Williams is no stranger to the big stage.  This time, the stage happens to be both literal and metaphorical: it refers to her role as the lead organizer for the inaugural Function Festival, taking place on August 20th, 2022, at Ship Point, in Victoria, B.C.

In 2020, Charity knew she wanted to help create space, visibility, and opportunity for the BIPOC community. So, she began organizing local events and street murals. With these events being successful – qualified by plenty of interest, uptake, and community support – she continued to dream bigger. These aspirations culminated in the inaugural Function Festival.

The first-time festival will be headlined by Kaash Paige, and boasts a slate of noteworthy B.C.-based BIPOC talent that includes Boslen, Prado, Turunesh, and Micky Weekes. In talks with Creative BC about the event, Williams also notes that she’s thrilled and honoured to have also secured Notorious Cree for the festival: they will be presenting a dance performance at the event.  Alongside musical and dance performances, there also will be a vendor village, food trucks, live art displays and an onsite barbershop for attendees.

The Function Festival is an all ages event, and will also feature a dedicated area for children.  Tickets are on sale until August 20th for $35; children under the age of 12 will be offered admission at no cost. You can get your tickets here.