Creative Pathways welcomes all British Columbians to get into #BCFilm

Submissions for 2022 are open! Selections will take place in September. DOC NYC’s Industry Roundtables program–formerly known as Only In New York–facilitates face-to-face meetings between leading industry decision-makers and filmmakers with works-in-progress. This...

Eight students are the first to graduate from a new Vancouver Island program that helps give Indigenous students the skills they need to enter the booming film and TV industry. The students graduated from the inaugural year of the "Indigenous Production Assistant"...

Culture Days is Canada's largest public participation event in the arts! From September 23 through October 16, 2022, B.C. residents from all walks of life can take part in free, interactive, and welcoming in-person and digital events in their communities that...

Funding, opportunities and events for the creative industries

Creative BC Board of Directors 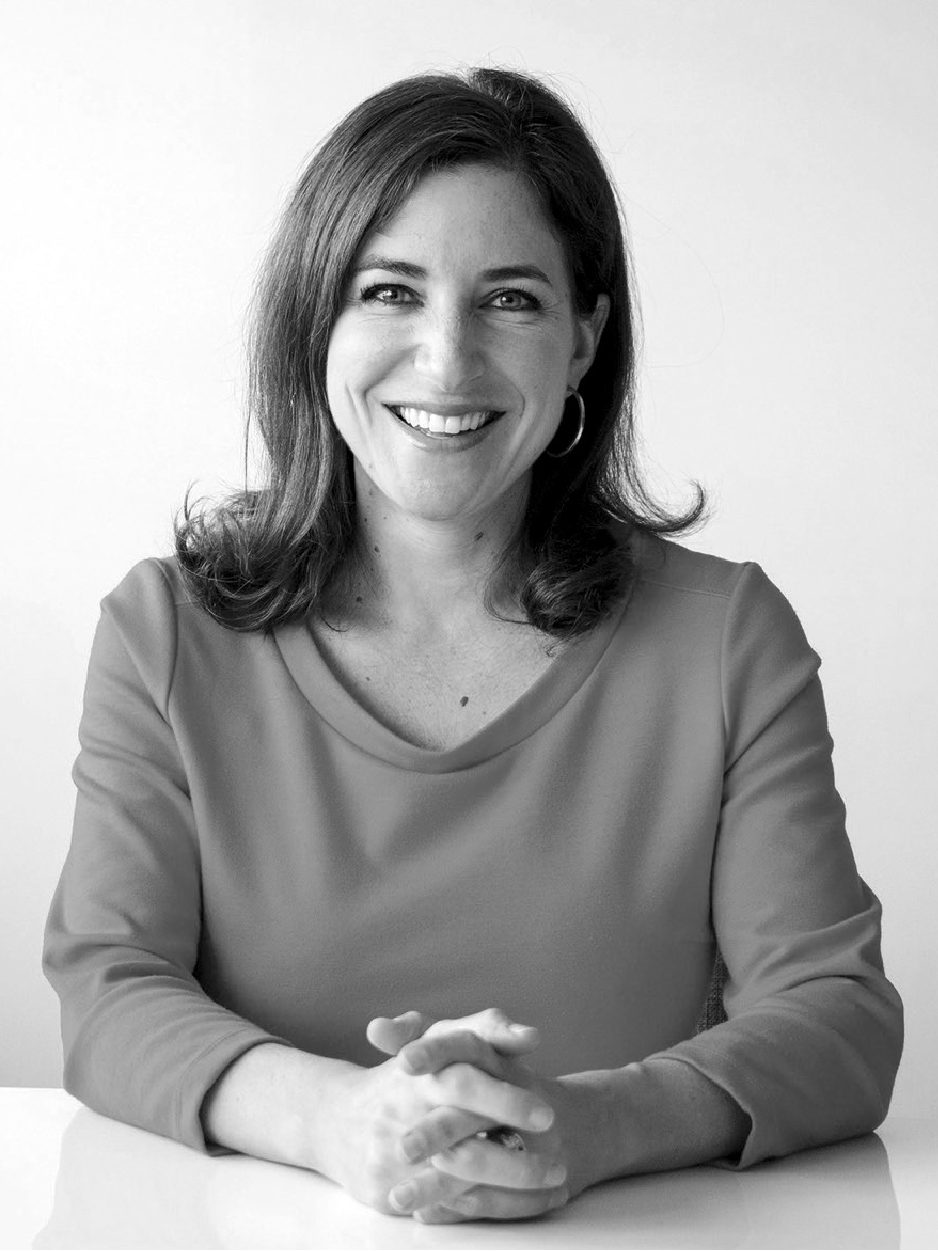 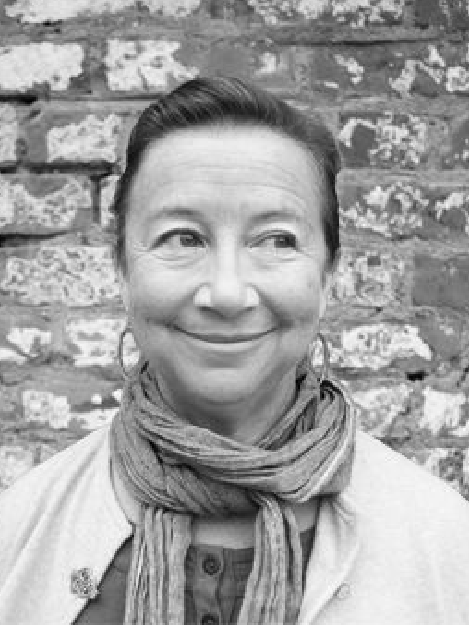 Founder of Lark Productions, Louise Clark began her career at the National Film Board of Canada. Her career as a producer and broadcast executive spans television series, drama and comedy, documentaries  and feature films.

For Canada’s top network, CTV, Louise developed and oversaw production on five seasons of the number one comedy CORNER GAS, and three seasons of the critically acclaimed ROBSON ARMS. She also oversaw production on multiple seasons of FLASHPOINT and THE LISTENER,  ground-breaking Canada/US co-ventures.  As Vice President of Program Development, she was responsible for all original development and production across Canada, and worked directly with CTV specialty channels Bravo, The Comedy Network, and Space.

Louise had oversight of all projects at Lark Productions with her partner Erin Haskett, who now runs the company, and was Executive Producer on four seasons of CTV’s original drama series MOTIVE (ABC & USA), critically acclaimed documentary series and ratings success, EMERGENCY ROOM: LIFE & DEATH AT VGH for Knowledge Network, and the hit format series REAL HOUSEWIVES OF VANCOUVER. 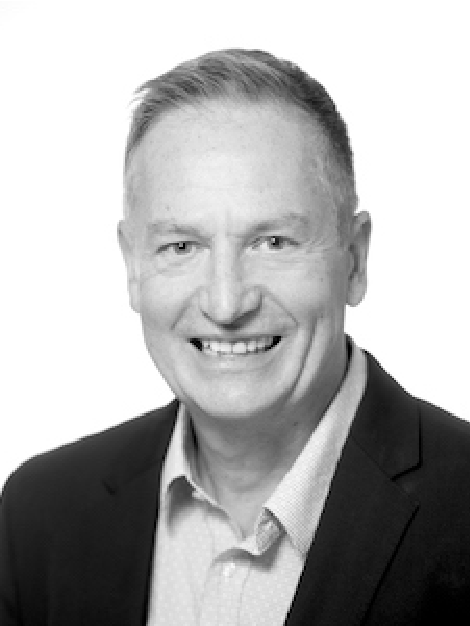 After a 25 year career at Force Four Entertainment, Rob retired as President and Partner in 2016. While at Force Four, Rob developed ongoing relationships with national and international networks, co-production and financing partners on a variety of scripted and factual projects. Force Four Entertainment produced more than four hundred hours of television, earning awards and accolades on the national and international stage. During this time, Rob was also actively involved in the Canadian production community, including his role on the National Board of the Canadian Media Producers Association and as Chair of the CMPA-BC. He also participated at many international markets and conferences and is now a presenter and mentor at various workshops and panels.

In addition to his work in the creative industry, Rob has spent many years supporting the disabilities community including serving as Chair of Planned Lifetime Advocacy Network, President of Canadian Angelman Syndrome Society and a board member of Steps Forward, an organization supporting people with developmental disabilities pursuing post secondary education. 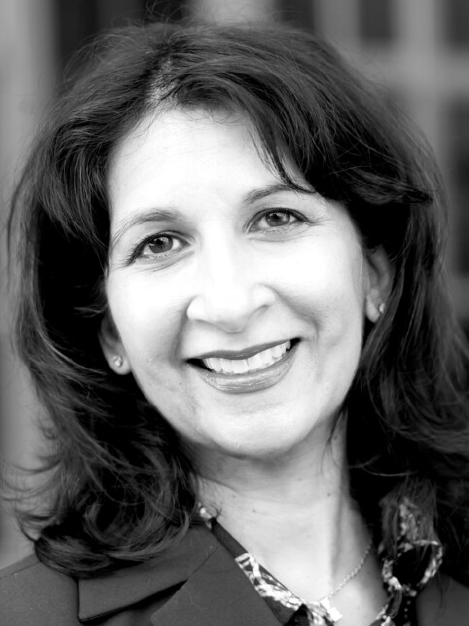 Jeevyn Dhaliwal, Q.C. is a Vancouver lawyer who represents public sector and business clients in connection with workplace immigration and related employment issues. Bestowed the Queen’sCounsel designation in 2019, she is active in the legal community as an elected Bencher of the Law Society of British Columbia, in which she serves as a member of the Executive Committee and as Chair of both the Ethics and Governance Committees.  She has served as a longstanding Board member and past president of the South Asian Bar Association of British Columbia, in which capacity she has mentored and supported legal professionals of South Asian descent.

As selected by her peers, Jeevyn is included in the 2014-2022 editions of Best Lawyers Canada and she is a Lexpert Zenith Award winner.

Her larger community involvement extends to singing at charitable and sporting events and she has, over the years, been a frequent guest anthem singer for the Vancouver Canucks NHL hockey team. 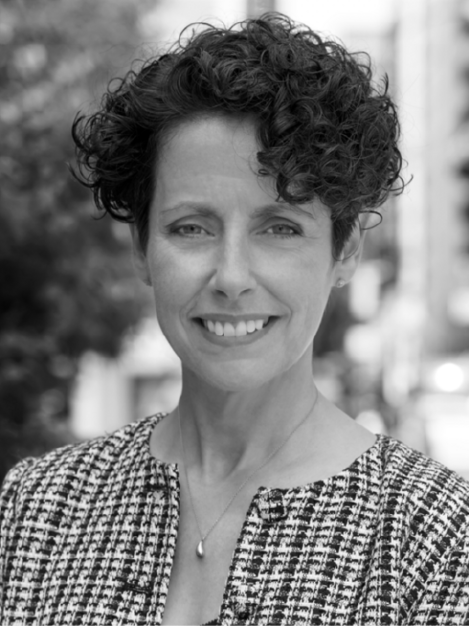 Michelle Grady is EVP, General Manager of Sony Pictures Imageworks, responsible for overall operations, strategy, planning, and production. The award-winning visual effects and animation facility most recently completed work on OVER THE MOON (Netflix), the live-action MULAN (Disney), THE MITCHELLS VS. THE MACHINES (Sony Pictures Animation), and the Academy Award®-winning SPIDER-MAN: INTO THE SPIDER-VERSE (Sony Pictures Animation).

Michelle has spent over two decades in the Visual Effects and Post-production industry in Vancouver, where her career grew alongside the expanding film production business in the city.

Prior to MPC, Grady was Vice President and General Manager at Technicolor, overseeing a 35mm film laboratory, digital post-production, and VFX divisions.

Michelle is Chair of the Animation & VFX Alliance of BC, Vice Chair of the Motion Picture Production Industry Association of BC (MPPIA), and Executive Committee Member of Creative BC. 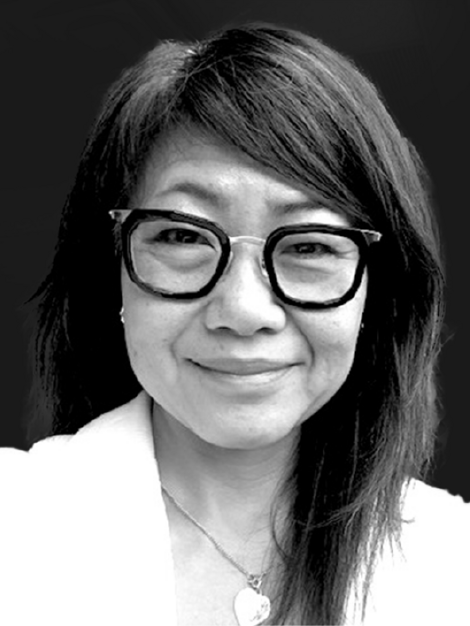 Shirley Lew is the Dean, School of Arts and Sciences at Vancouver Community College (VCC). Her professional background is as a librarian. She has been an active member of the library community for over twenty years, in leadership positions and in province-wide initiatives such as Digital BC. She was also adjunct faculty in the library program at UBC. Prior to a career in libraries, she was a bookseller in Vancouver for over ten years.
Shirley has served on the boards of Vancouver Writers Fest and West Coast Book Prizes Society, and for two years was a juror for the City of Vancouver Book Awards. She was President of BC Libraries Association and is currently a Director on the BC Libraries Cooperative board. She co-edited the collection Feminists Among Us: Resistance and Advocacy in Library Leadership, published in 2017, and contributed one of the essays. With her co-editor, Shirley was recognized with the Association of College and Research Libraries (ACRL) Significant Achievement Award in 2018 for her work.
Shirley has a Bachelor of Arts in Human Geography and a Master of Library & Information Studies. She is currently pursuing her doctorate in education at UBC. 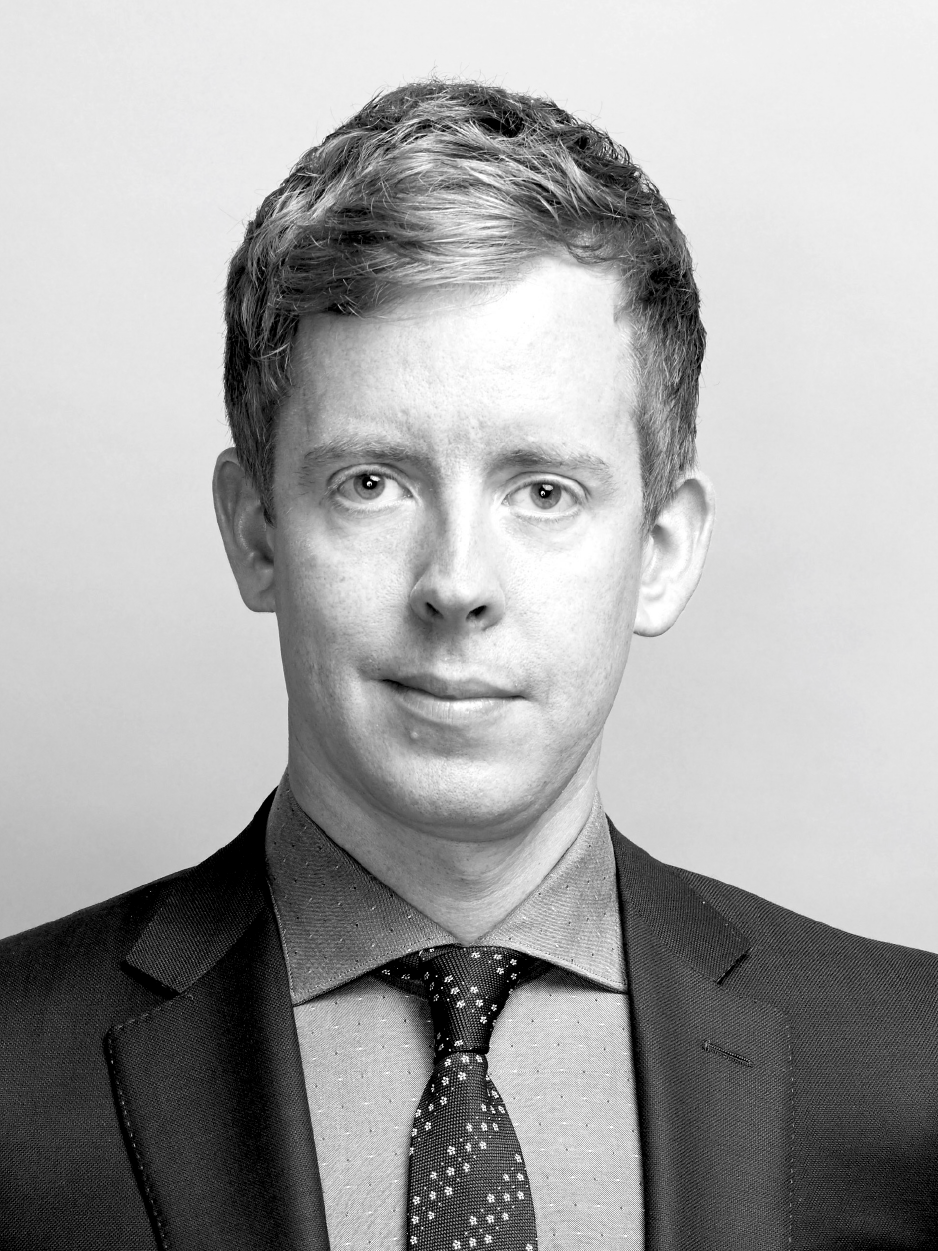 Matt O’Grady is an award-winning communications professional who has held senior leadership positions at both regional and national media companies. He has served as Editor-in-Chief of BC Business magazine twice from Mar. 2008 to May 2011, and Jan. 2014 to Nov. 2016 during which time the magazine was nominated for several National Magazine Awards, as well as a Jack Webster Award for excellence in journalism. He has also worked for The Globe and Mail in both Toronto and Vancouver, most recently running their west coast operations as British Columbia Bureau Chief.
Matt has deep ties within the Vancouver media community, having served as an editor at Vancouver magazine and Western Living, worked as an online editor for CBC British Columbia, and taught non-fiction writing, editing and magazine production courses at Langara College, Simon Fraser University and Capilano University (he continues to teach at Langara and SFU). Matt is a graduate of the Queen Smith School of Business Bachelor of Commerce program (Honours) and SFU Master of Publishing program. 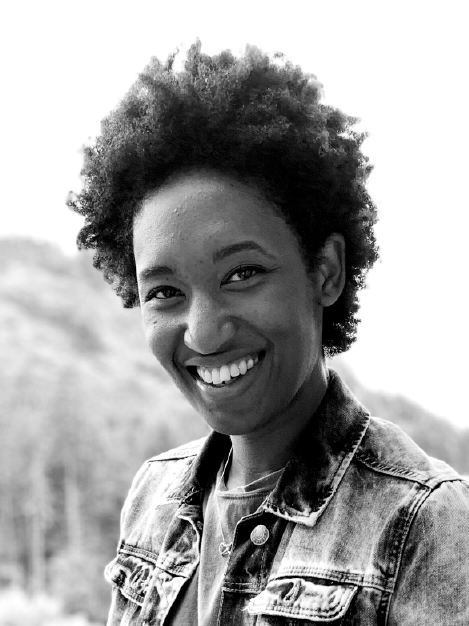 Kesi Smyth began her career in Canada’s music industry in 2003, undertaking roles of progressive responsibility at Simkin Artist Management and 604 Records where she now holds the title of General Manager & Human Resources. With studies in marketing and human resources management, Kesi now oversees both label operations for the 604 Label Group and the many clients it serves, as well as professional development, people management, and inclusive practices for the company and its staff.

Most notably, Kesi was Sr. Project Manager for Carly Rae Jepsen during the peak of her Grammy-nominated blockbuster hit, “Call Me Maybe”. During that time Kesi was responsible for an array of activities including strategic marketing, day-to-day operations, and logistical planning for performances like the MuchMusic Video Awards, Billboard Music Awards, American Music Awards, and more.

Kesi is a Board Member of both the Western Canadian Music Alliance, the Canada Independent Music Association (CIMA) and serves ADVANCE, Canada Black music business collective, as a regional representative and as part of its membership committee. 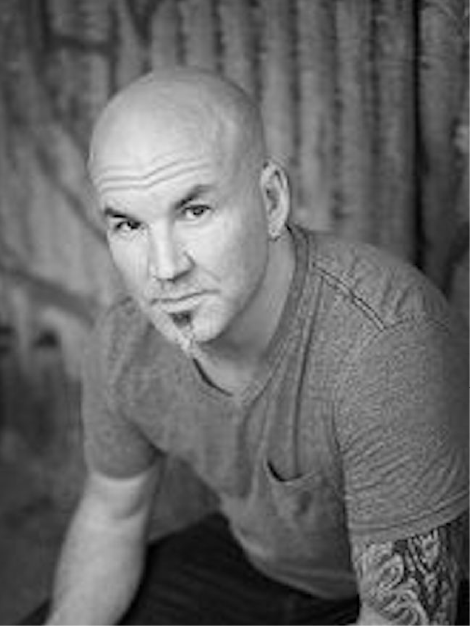 Jamie began his professional career as the First Nations Liaison for Klohn-Crippen Consultants, an environmental consulting firm based in Vancouver BC. At Klohn-Crippen, he built a solid reputation in community engagement and consultation and in commercial information technology applications.

In 2005, Jamie launched Sahetxw Consulting where he has planned and delivered a wide range of successful projects for his clients, from broadband network projects and customized computer science courses to community capacity development and planning.

Now, as both an Information & Communications Technology (ICT) expert and a seasoned Aboriginal Governance consultant and facilitator, who has a background in traditional and digital arts, Jamie brings a truly unique blend of expertise, a remarkably diverse skill set, and a wealth of experience to any project he takes on. He also brings his passion and boundless energy.

He is a member of the Gitxsan Nation and currently sits on the Board of Governors for the Justice Institute of BC. He relishes the overlap between his various disciplines and fields of knowledge, embracing both the traditional and the modern. 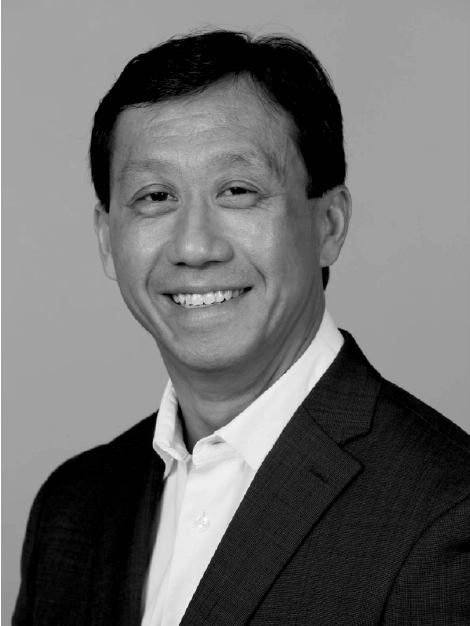 Bill Tam is the co-founder and COO of the Digital Technology Supercluster, part of the Government of Canada $950-million, five-year Innovation Superclusters Initiative driving large-scale collaboration across industry, enterprise, and post-secondary to develop and scale high-potential technologies in Canada.

A lifelong champion of entrepreneurship, Bill is recognized as a pre-eminent leader in B.C.’s tech sector with 20 years of experience in capacities from start-up founder to executive, investor, advisor, and board member. He is recognized for forging partnerships across the private and public sectors to accelerate economic growth and foster inclusiveness. 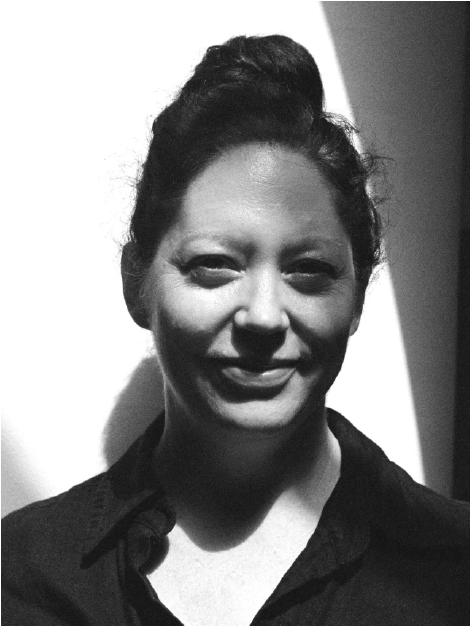 Kate Wattie is an entrepreneur in B.C.’s dynamic music industry and a leader within the province’sbroader arts and culture community, where she also currently chairs the board for Karen Jamieson Dance. Kate is both co-owner of boutique guitar store, Exile Electronics, and artist manager and general manager of her own boutique record label and management company, Tonic Records. Kate brings a global perspective of the industry, combined with a deep understanding of the business behind music. Her career in the music industry began with Virgin Records in London, UK and led her back to B.C., with increasing responsibilities and experiences spanning from management of vintage guitar store, Another Music Shop, to serving previously for four years as a board member of the industry membership association. Her company Tonic Records has been recognized by the Western Canadian Music Awards for Impact in Artist Development and its current and past roster of award-winning clients includes: The Harpoonist and The Axe Murderer, Leeroy Stagger, We Are The City, Ryland Moranz, Satellite and The Harpoonist, Terence Jack, Buckman Coe, Bocephus King, Rodney De Croo and Jody Peck.