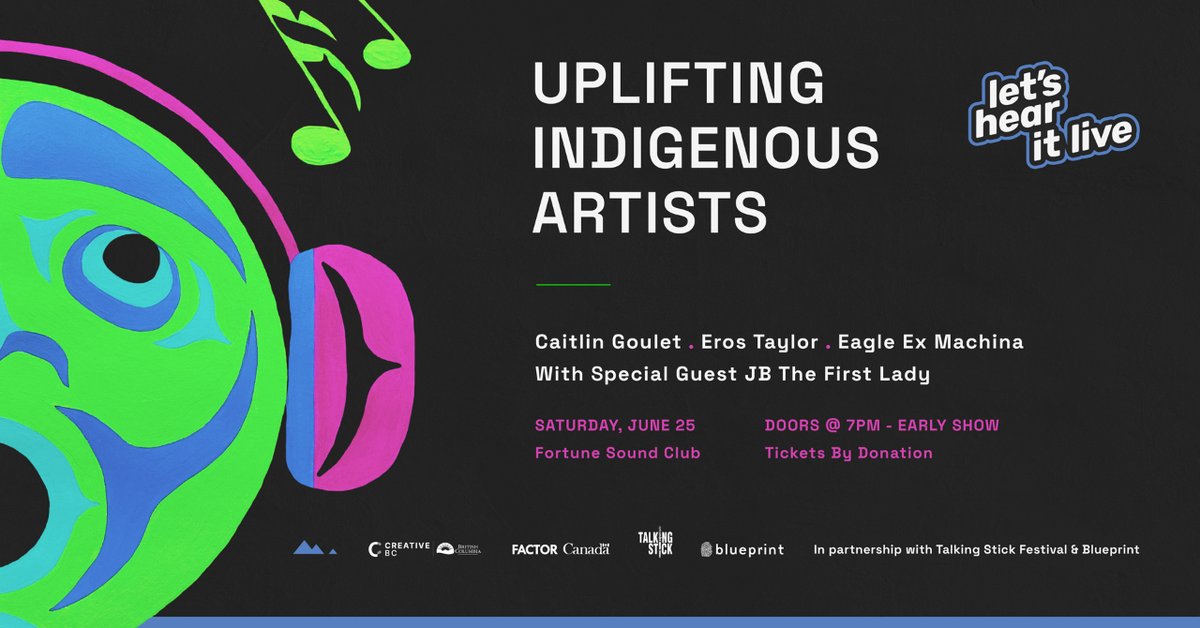 Let’s Hear It! Live is back for the 3rd emerging artist showcase in this 4-part live concert series spotlighting new and emerging talent from diverse communities around BC. Curated in partnership with Talking Stick Festival, this showcase celebrates new and thriving voices in music with this special artist showcase at Fortune Sound Club – Hosted by JB The First Lady.

The artist showcase will be the finale of a powerful afternoon of panel discussions also happening at Fortune Sound Club. Come early to listen and learn from Indigenous perspectives on inclusion, wellness and diversity in the creative industries.

Presented in Partnership with Talking Stick Festival: North America’s Premier Indigenous Arts and Culture Festival : The Talking Stick Festival, now in its 21st year, began as a way to showcase and celebrate Indigenous art and performance to a wider audience. From its humble beginnings, this unique and exciting event has grown into a full 2-week Festival at locations across Vancouver.

Now attracting over 20,000 attendees each year and still growing, we are noted as being the premier, multi-disciplinary Indigenous arts festival in North America.

Music BC acknowledges that this event will be celebrated on the unceded and ancestral territories of the x?m??k??y??m (Musqueam), S?wx?wú7mesh (Squamish), and s?l?ilw?ta?? / sel?íl?witulh (Tsleil-Waututh) Nations.